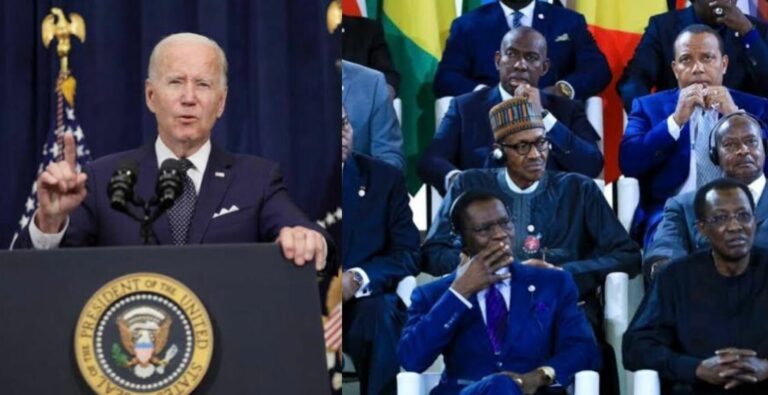 President Joe Biden of the United States will be hosting no fewer than 49 African heads of state for the U.S.-Africa Leaders Summit in mid December, a top White House official revealed.

The chairman of the African Union, as well as Nigeria’s President Muhammadu Buhari, is also expected at the summit which will be held between December 13-15, 2022, in Washington DC.

The U.S.-Africa Leaders Summit is one of president Mr Biden’s top foreign-policy priorities this year and would also be the first opportunity for his administration to showcase how it views U.S.-Africa relations after Donald Trump’s presidency.

Dana Banks, the U.S. national security council senior advisor for the U.S.-Africa leader summit, who disclosed this during a briefing, said the three-day event would highlight how the American government and African nations are strengthening partnerships to advance their shared priorities.

“We aim to amplify African voices to collaboratively meet this era’s defining challenges, and really, while we leverage the best of America, including our government, our private sector, our civil society, our diaspora, to uplift and empower African institutions, citizens, and nations,” Ms Banks noted.

She explained that the summit would also reflect the U.S. strategy towards sub-Saharan Africa, which emphasises the critical importance of the region in meeting defining challenges.

The summit comes at a crucial time in U.S.-Africa relations as the two continents seek to recover from the global pandemic and face new economic and political pressures amid the Russia and Ukraine war.

The summit, Ms Banks explained, is rooted in the recognition that “Africa is a key geopolitical player” that is shaping the present and would also shape the future.

She added, “With one of the world’s fastest-growing populations, largest free trade area, most diverse ecosystems, and one of the largest regional voting groups in the United Nations, African contributions, partnerships, and leadership are essential to meeting this era’s defining challenges.

“The continent’s dynamic economies and populations really do provide the foundation for a bright future for the continent and the United States.”

The upcoming U.S.-Africa leader summit would be the biggest engagement in Washington DC since ex-president Barack Obama hosted African leaders in 2014.