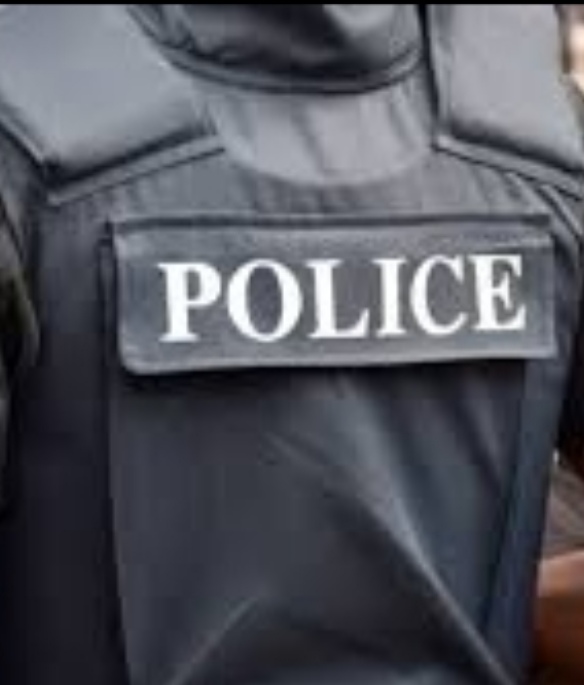 Having received hundreds of reports of gender-based violence during that upheaval, the international rights NGO documented 28 cases in seven cities, including the South American country’s capital Bogota.

The cases detailed in Amnesty’s 68-page report, entitled “The police does not care for me: Sexual violence and other gender-based violence in the 2021 National Strike,” occurred between April 28 and June 30, 2021.

During that time, hundreds of thousands of people enduring economic strife caused by the pandemic took to the streets to protest against a proposed tax hike by then-President Ivan Duque (2018-2022), which he ultimately withdrew. 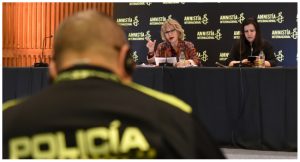 Agnes Callamard (L), secretary general of Amnesty International, gestures during a media briefing on gender and sexual violence perpetrated by the police during the 2021 national strike protests in Bogota on December 1, 2022.

Police brutally cracked down on the unprecedented youth-led social uprising, with the UN reporting at least 46 deaths and accusing security personnel of serious human rights violations.

Erika Guevara, Amnesty’s director for the Americas, said at a Bogota event presenting the report that “state violence faced by the population… was part of a generalized pattern against the protesters.”

The Amnesty report details multiple instances of police, after deploying tear gas and other dispersal measures on peaceful gatherings, taking women aside and assaulting them.

The report also describes police insinuating to detained male protesters that they would be punished through sexual violence, before placing them in rooms where they were sexually assaulted.

“The common factor in all cases is the intention behind this use of violence: the perpetrators sought to punish the victims for contravening social gender norms and going out onto the streets to claim their rights,” the report says.