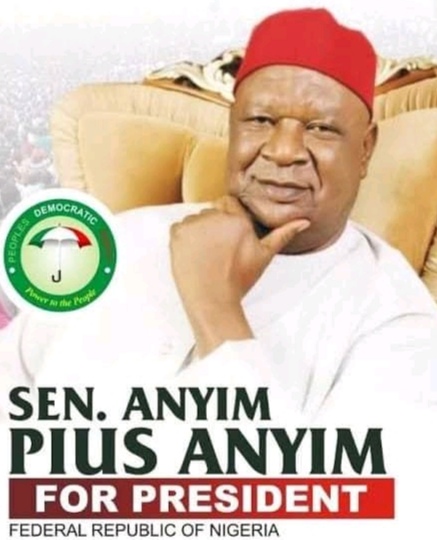 Ahead of 2023 general elections, former Senate President and Secretary to the Government of the Federation (SGF), Senator Anyim Pius Anyim has intensified efforts towards becoming the presidential candidate of the Peoples Democratic Party, PDP.

He equally met some influential Northern Emirs like the Emir of Lafia, who also blessed and endorsed his presidential aspiration.

Following his consultations, Anyim received kind assurances as he was urged to soldier on in his “aspiration to clinch the presidential candidate of the PDP ”.

It was gathered that the former Presidents and Emirs expressed satisfaction that there are few credible aspirants from the Southeast in the presidential race.

According to a source, most of those personalities Anyim consulted concerning his aspiration noted that his aspiration was appropriate in the spirit of equity and fairness.

According to them, the next presidential candidate of the PDP should come from the South, particularly the Southeast geopolitical zone of the country.