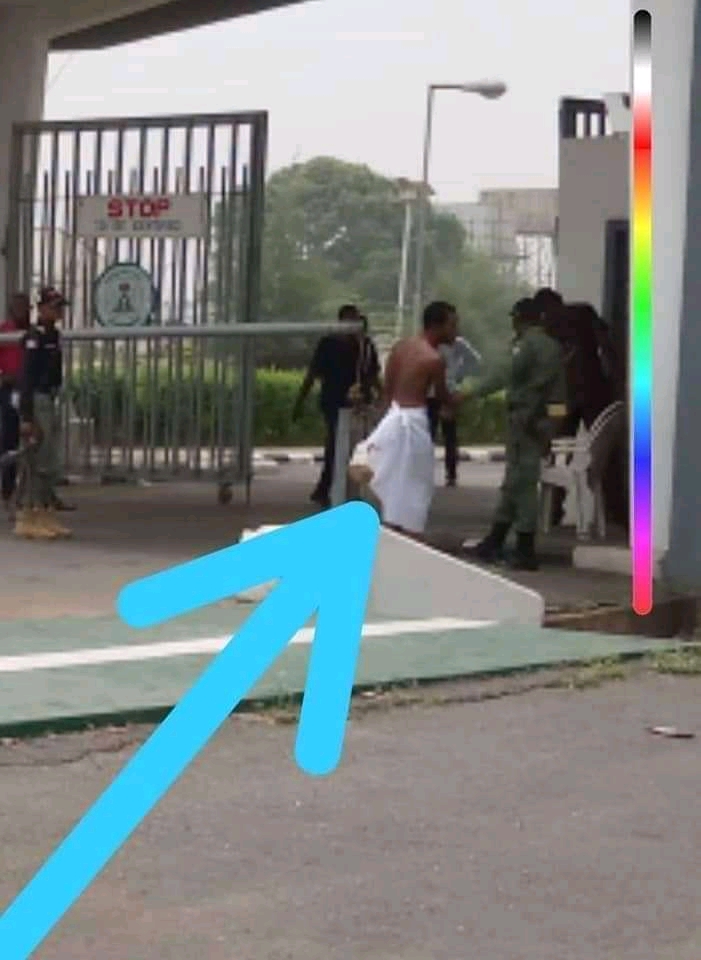 There is a drama currently ongoing in front of Kwara state Government House , Ilorin as an unidentified man appearing in fetish dress is making an attempt to forcefully gain entrance into the complex while security operatives are trying to resist him .

The lone herbalist dressed in Red gown with a white garment tied around his waist was seeing chanting occultic incantations against the police officers who are trying to stop him.

Some of the motorists and passers-by who confided in this medium said the Herbalist is demanding full payment of his consultation fees running into millions of Naira from Governor Abdulraham and some leaders of APC who contracted him for 2019 general elections.

Read Also : I killed my Mother Because My Pastor Told Me She’s A Witch — Suspect

Although the man did not state specifically how much he was owed and who exctaly owes him , but he was southing that stakeholders in APC Kwara consulted him for 2019 and he made them win the elections but they have failed to fulfil all promises made to him.

Read Also :  Out Of Frustration, Mother Of Six Children Kills A Month Baby In Ogun State

“I’m here for you all particularly your Governor, you owe your victory to me but Abdulraham Abdulrazaq has stopped picking my calls since his inauguration, he didn’t even invite me to inauguration despite the sacrifices I made , I’m not looking for anything but Abdulraham Abdulrazaq must pay me all my money today ” – the angry herbalist was heard southing in front of government house .