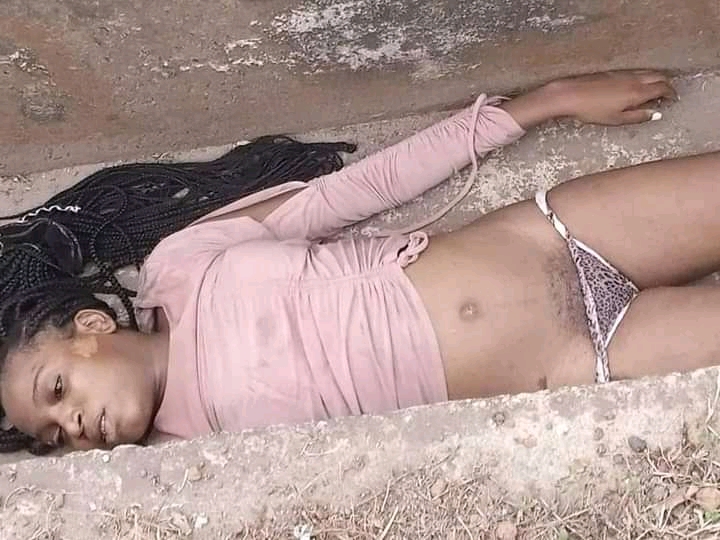 Recall that Hotmedia.ng reported few days ago how a girl found dead in a drainage system (gutter).

A  20-year-old student of the Institute of Management Technology, IMT, department of Science Laboratory Technology (SLT), Orji Chiamaka Precious Gold, was found dead inside a gutter along the presidential road, Independence Layout, Enugu on Monday morning.

She was half-naked, an indication that she was killed by someone and dumped there. The Police evacuated her body to the hospital, following information received in the early hours to New Haven Police Division where it was confirmed dead and deposited the corpse in the mortuary for autopsy.

According to the Enugu State Police Public Relations Officer, Daniel Ndukwe, while confirming the development, said that two persons arrested are being investigated to ascertain their culpability or otherwise in the death of the young lady.