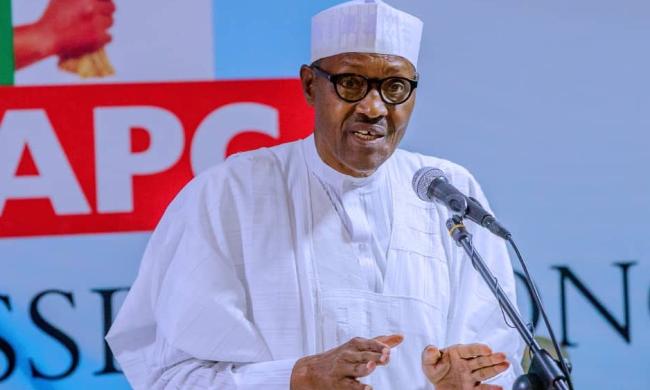 President Muhammadu Buhari has said that unless the leaders of the All Progressives Congress come together and avoid divisions, they may taste defeat in the 2023 general elections.

Buhari on Friday said this in Daura, his hometown in Katsina State, adding that the APC must cooperate with one another to ensure victory in the 2023 elections.

According to a statement signed on Saturday by the Senior Special Assistant to the President on Media and Publicity, Garba Shehu, Buhari spoke when he received the Katsina State governorship candidate of the APC, Dr Dikko Radda, and his running mate, Faruk Jobe, at his residence.

In the statement titled “To succeed at elections, President Buhari asks APC to unify its ranks,” he said party leaders need “to sit together,” to avoid divisions and ensure unity in order to avoid defeat at the elections.

He said he had received frequent reports on the ongoing campaigns in Katsina State and felt happy that so much hard work was being invested into the exercise.

Buhari, therefore, reiterated his determination to allow the reign of free, fair and credible elections in the country, adding that the outcomes in Anambra, Ekiti and Osun were testimonies of that resolution on his part.

He added that he felt honoured by the visit and wished the party a very good outcome in the contests.

This is coming as the presidential candidate of the APC, Senator Bola Tinubu, has returned to Nigeria from London, the United Kingdom, where he addressed the Chatham House, on his presidential ambition.

According to a statement issued yesterday by his spokesman, Mallam Garba Shehu, the High-Level Meeting which holds from December 13 to 15 is at the instance of the United States President, Joe Biden, who looks forward to “working with African governments, civil society, diaspora communities across the United States, and the private sector to continue strengthening our shared vision for the future of US-Africa relations.” The event is expected to demonstrate the United States enduring commitment to Africa, and underscore the importance of US-Africa relations and increased cooperation on shared global priorities.On the first day, President Buhari will speak on the topic: Conservation, Climate Adaptation and a Just Energy Transition, dwelling directly on the ”Just Energy Transition” component.

He will also address some of the other sub-themes of the Summit as well as participate in the US-Africa Business Forum (USABF) hosted by the US Department of Commerce which focuses on increased trade and investment between the United States and African nations.On the sidelines of the Summit, the Corporate Council of Africa will host the Nigerian delegation to a US-Nigeria Business and Investment Forum Business Roundtable during which Nigerian organisations and businesses are expected to sign agreements with their American counterparts.

President Buhari is expected back in the country on Sunday, December 18.Meanwhile, the presidential candidate of the APC, Senator Tinubu, has returned to Nigeria from London, the United Kingdom, where he addressed the Chatham House, on his presidential ambition.

The APC presidential campaign council had announced that Tinubu would be embarking on a trip to UK, US and two other countries to campaign from December 4. was for him to meet global leaders regarding his presidential aspiration.

President Buhari Promises to Hand over Nigeria free of Insecurity

In another development, Buhari said he is ready to hand over Nigeria free of insecurity to the next administration.

President Buhari made the promise yesterday at the 46th Convocation ceremony of the Obafemi Awolowo University (OAU), Ile-Ife, at Oduduwa Hall Amphitheatre of the University,  in Ile-Ife.

Represented by the Director, Academic Planning at the National Universities Commission (NUC), Dr. Biodun Saliu, the president reaffirmed his commitment to the security of lives and property.“We remain firmly committed to the security of lives, property and investment across the country.“This administration will continue to confront all forms of banditry, criminality, terrorism and insurgency in the land.“I promise to hand over a Nigeria that is free of insecurity to the next administration,” the president said.