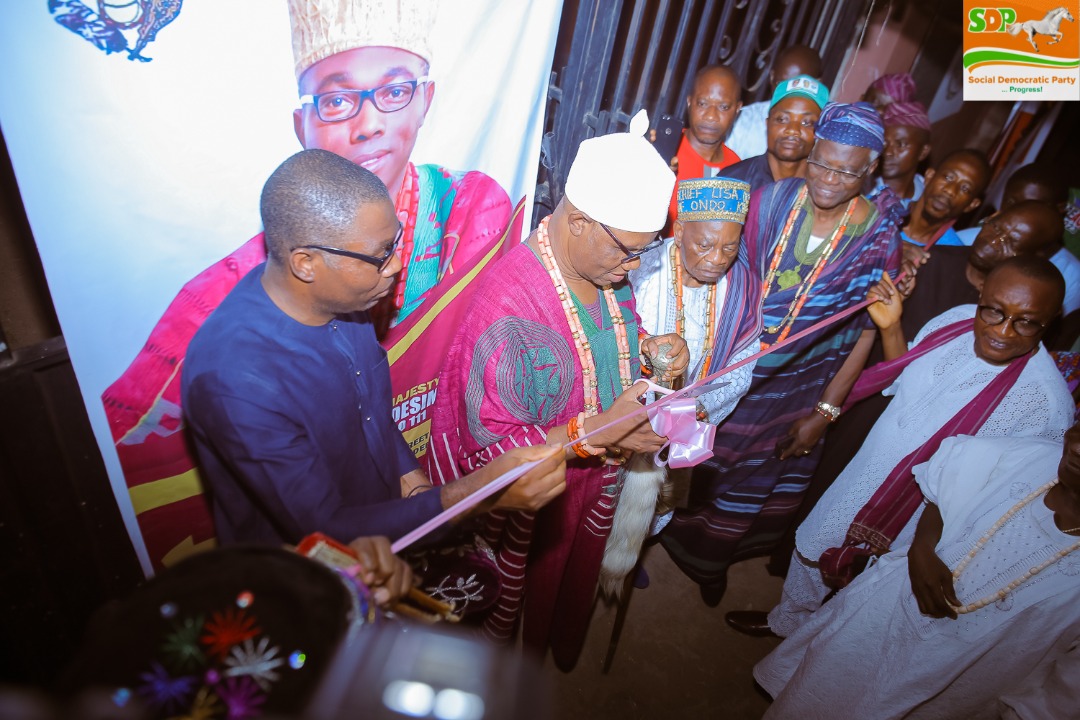 The project was commissioned during the 2022 Ekimogun Day ceremony at the NCI Stadium road junction, Ondo city.
According to Prince Adebayo, his party made the pledge to donate the street lights at the 2021 Ekimogun day, and also carry out other infrastructure projects, of which work has begun.
He said, “I am just reporting back to his majesty, the paramount ruler of all Ondos, the father of the Ondo Kingdom that last year when we came for the Ekimogun day, we made a pledge that we would do solar electrification for the streetlight, we would patch the roads, the metropolis and many parts of the kingdom”.

“It was very rainy this year, so we didn’t start the road on time; but this electrification and street lighting is phase one out of three phases. By the time we are through, there’s no square in he in Ondo that will be dark at night”, he added.

“Without light, there’s nothing we can see, there cannot be progress, so I’m specially thanking you, God Almighty will bless you”, he said.

Oba Victor commissioned the project on behalf of the entire people of Ondo.
“I hereby commission the over 600 hundred solar lights in the name of God the Father, God the son and God the Holy Spirit”.

Prince Adebayo was accompanied by his entourage, Engineer Yusuf Buhari the SDP vice presidential candidate, Sen. Ugochukwu Uba and other members of the presidential campaign Council.