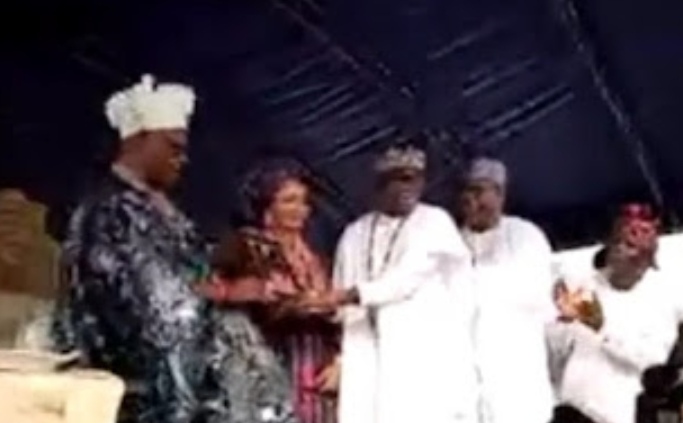 Prince Adewole Adebayo, the presidential candidate of Social Democratic Party (SDP), has pledged to turn Ondo town in Ondo State into Dubai if elected into office in the forth coming 2023 elections.

Prince Adebayo made the pledge Saturday when he, his running mate Engr. Yusuf Salisu Buhari and other entourage of his campaign office joined other dignitaries at the 2022 Ekimogun day festival in the ancient Ondo Kingdom.

Ekimogun Day celebration in Ondo city is an annual event during which indigenes of Ondo and their friends from far and near celebrate unity, love, culture and tradition of the ancient town turned city.

The festival holds every first week of December annually where the people of the ancient Ondo Kingdom come together to display their cultural heritage and tradition.

The presidential candidate who appreciated those who are in the helms of leadership in the state pledged to transform the state if elected into office.

While pledging his continued support for the people, he said streets without street lights and portholes in Ondo town will be addressed.

Prince Adebayo donated N3 million at the event on behalf of his wife, Queen Lillian Adebayo.