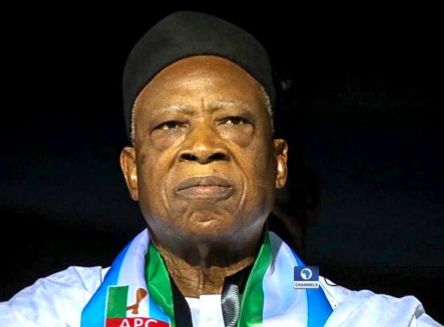 The National Chairman of the ruling All Progressives Congress, Senator Abdullahi Adamu, on Saturday said the party cannot force any member to stay or exit.

He stated this after visiting Nasarawa State Governor, Abdullahi Sule at the Government House in Lafia.

“We don’t want to lose any member but if a member wilfully wants to leave the party without recourse, we can’t force anybody to stay or leave the party,” he said.

“The issue of defection, there is a season for it in politics particularly in developing countries, and it is not news in Nigeria.

“Anybody  who is a member of this party is an adult and when an adult takes a decision, it’s either you convince him and if the decision is not favourable to you and he does his bidding, you leave him for God who decides everything.”

According to the APC Chairman, the ruling party will still emerge victorious in the 2023 general elections despite its internal wranglings.

He stated that the defections of some members to other political parties would not prevent the party from being determined and focused.

“As for winning elections, we are working to win. By the grace of God, we will win the elections. We are going to work as if it is the last election we are going to handle,” Adamu added.