Cars can stupefy you at any time of the day. Car owners should pay more attention to safety, especially while plying the road at night. There are basic items that can save one from being stranded on the road. If you get caught up in an unpleasant situation, getting a faster way out will help relieve you of worries.

The Corps Public Education Officer of the Federal Road Safety Corps, Mr Bisi Kareem, said that there were essential items to help drivers in the event of an emergency such as breakdown or mechanical fault and also help to reduce envisioned risks that could threaten the safety of other road users.

Similarly, the director, Guardian Automobile Limited, Mr Niyi Shonibare, stated that according to the rules and safety guidelines of road safety, there were basic must-haves for every car owner.

The experts outlined some of the essential items one should have in a car. 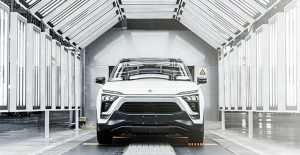 The automobile engineer noted that the fan belt was important as it controls all the rotational power in the engine. If it gets slacked, the car would break down and won’t move anymore. He advised that having a spare was usually a better approach to searching for where to buy it since one can get it quickly replaced on the way.

The caution sign (warning triangle) is a must-have for every car owner. This is for awareness and safety when there is a breakdown. Kareem stated that the warning triangle is used when a vehicle breaks down to alert oncoming vehicles to the emergency situation.

The importance of a spare tyre cannot be overemphasised. Shobanire said that one needed a spare tyre for replacement in case of a flat or punctured tyre. Also, a tyre foam can help save one till one gets to a mechanic. When there is no spare tyre and there is a flat tyre, the foam is used to seal any punctures by simply spraying. The car can be driven slowly to the mechanic shop for adequate repair.

“If you have an extra tyre but you don’t have a jack or wheel spanner then it is as good as useless,” Shobanire stated. He said that both items must go along with a spare tyre because a tyre cannot be removed or fixed without them. Kareem added that a wheel spanner is deployed when changing tyres and spare fan belt.

Water is an integral part of a car’s essentials. One might eventually not use it but other commuters/drivers may need it. Shobanire advised that car owners should always keep four litres of water in the car especially if there is a leakage from the radiator so one doesn’t get stranded. Radiators are heat exchangers used for cooling internal combustion engines, so they need coolants from time to time. When there is a limited amount of coolant in it, the engine might overheat or clutch up which could lead to permanent damage with continuous use.

Kareem added that other fluids such as transmission fluid and hydraulic were also needed when there’s short supply of the one in the vehicle.

Generally, basic tool kits ought to be part of one’s car accessories. Shobanire noted that screwdrivers and pliers were handy tools one may need to fix anything in case of an emergency. “I know some women that keep them close to their car doors in case of an emergency or harassment to protect themselves,” he said.

Shobanire stated that car batteries rarely run down but some car batteries do so most times due to a faulty alternator. He said that before the battery drains, it usually gives signs such as when the battery light of the car flashes or stays off permanently while driving, or when there is a squeaking noise from the car. He recommended that motorists, whose cars have a history of a faulty alternator and drive long distances, should get a spare or repair the faulty one as a replacement.

In addition, jump cables should be added to the list of essentials, so that when one gets another battery to jump-start the car, one will not begin to search for cables too.

Emergencies are usually not anyone’s wish but planning ahead of time saves one from them. Kareem said that a first aid kit is among the most useful tools in a vehicle that could be used in the event of a road crash. The contents of the kit such as iodine, cottonwood, plaster, and methylated spirit are used to administer first aid to crash victims before they are taken to the hospital. Get a first aid kit in your car. You never know when you might need it.

Flashlights are vital particularly for those that travel at night. When one needs to replace a bad tyre or fix anything at all in the car when it’s late, a flashlight will mean a lot during such periods. 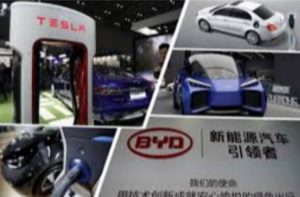