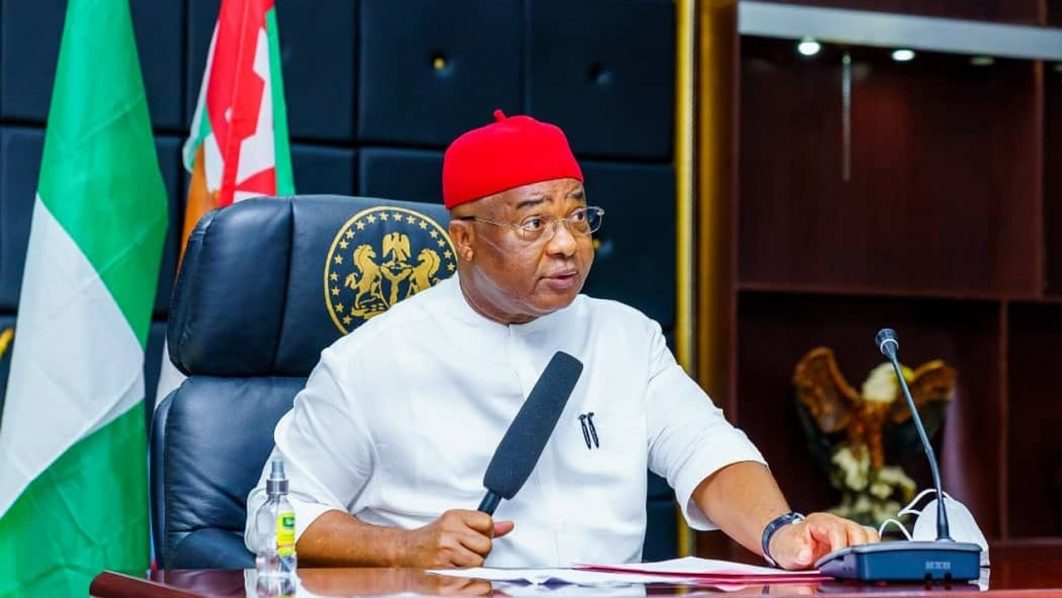 The Governor of Imo State, Senator Hope Uzodinma has declared that the APC will hold the ace in the forthcoming 2023 presidential election.

Speaking on an interview with Channels TV, Uzodimma said APC remains the party to beat and that there is nobody that the opposition PDP will put forward that the APC will not defeat.

Today, whether you like it or not, the party to beat remains the APC. I come from the Southeast and since after the civil war, the only gateway out of the Southeast and entire Eastern Nigeria was the old Niger bridge.

Government after the government came, made promises and paid lip service to those promises. Right from 1979 to 1983 (2nd Republic), we were promised the 2nd Niger bridge. From 1999 to 2007, we were promised the same Niger bridge not until 2015 when PMB came, and as I speak over N300Bn has put into that project and only last week, I saw on the TV, the Chief of Staff to Mr. President, Minister of Works, Minister of Labour and Productivity, inspecting the joining of the bridge billed for commissioning within the next 3 months.

It will be gross ingratitude for anybody to come from that region to talk of PMB neglecting the whole eastern region.”

“The truth of the matter is that they were in office for 16 years. Try to compare that 16 years side by side with the 7 years plus APC has been in power. I am a deductive analyst, if there is anything that has driven me to stick to the APC, it is because of the consistency and integrity of the driver of that vehicle – President Buhari. He is sincere, means well for Nigerians and is honest. Let somebody point to anywhere he has engaged in one corrupt practise or the other”, he said.

Another development, Imo State governor, Hope Uzodimma has charged members of the All Progressives Congress (APC) in the South East to ensure a flawless victory for the party in the forthcoming 2023 general elections.

The governor gave the admonition during the APC South East zonal stakeholders meeting held in Owerri, the capital of lmo State. Uzodimma said APC would secure victory in the coming elections because the party is in charge of 22 states of the federation.

The APC national vice chairman of the party in the South East, Ijeoma Arodiogbu, stressed that the ruling party has performed well in the region, with the completion of the 2nd Niger Bridge.

He said the party in the region is united in its resolve to ensure victory for the party’s presidential candidate, Bola Tinubu, in the 2023 presidential elections.

The meeting had in attendance party chieftains from the region, such as state chairmen of the party from Enugu, Anambra, Abia, and Imo State.