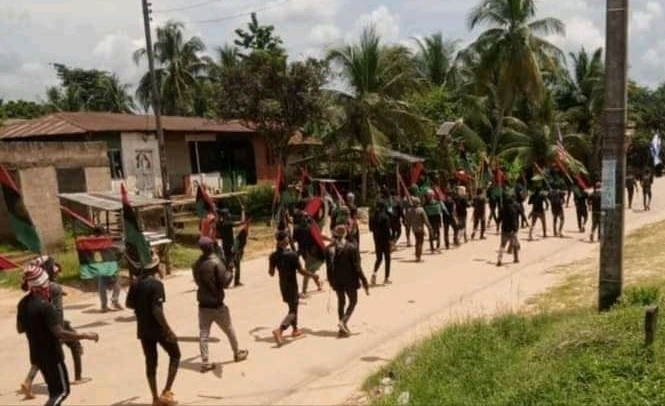 There was tension in Arochukwu, Abia State on Thursday as security operatives battled members of the Indigenous People of Biafra (IPOB) in the area.

An unconfirmed report has it that five people suspected to be IPOB members feared killed in the imbroglio.

Although the incident that led to the shooting has not been made official, a local source said that immediately the area got news IPOB leader Nnamdi Kanu had been brought to court in Abuja to face trial, some members of IPOB took to the streets.

The source said the IPOB members were in a jubilant mood that Kanu is alive, contrary to reports they had been getting about the safety of the separatist leader.

But on arriving at the First Bank axis of the town, the IPOB members were confronted by soldiers.

Unconfirmed reports said that while the soldiers were engaging the IPOB members who were in a procession, trouble ensued and five members of the pro-Biafra group were gunned down.

This was said to have caused pandemonium in Arochukwu, as residents scampered for safety