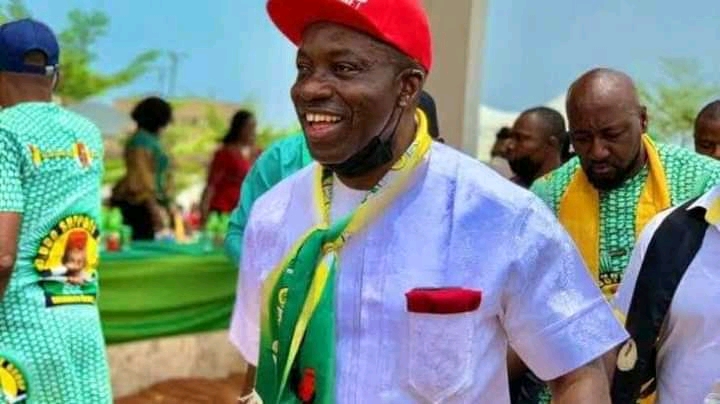 After the collation of results of the 21 local government areas in the state, Soludo won in 19

Prof Charles Soludo, a former governor of the Central Bank of Nigeria (CBN) and candidate of the All Progressives Grand Alliance (APGA) has been declared as the winner of the Anambra governorship election by the Independent National Electoral Commission (INEC).

Indeed, Soludo’s imminent victory has been obvious since Sunday after the announcement of results from 20 out of the 21 local government areas of the state.

He won in 18 local council areas, leaving only Ihiala Local Government Area to be decided by a supplementary election, which was held on Tuesday.

“That Charles Chukwuma Soludo of APGA, having satisfied the requirements of the law is hereby declared the winner and is returned elected,” Obi declared on Wednesday.

After the collation of results of the 21 local government areas in the state, Soludo won in 19, adding the just concluded election in Ihiala LGA.

Soludo, 61, won with 112,229 votes beating Valentine Ozigbo of the Peoples Democratic Party (PDP) who garnered 53,807 votes to second place and Andy Uba of the All Progressives Congress (APC) who garnered 43,285 votes to third.

Read Also : Breaking: Soludo Wins 17 Out Of 19 LGAs In Anambra Governorship Election, No Result For 2 LGAs

After a strong legal battle, the Supreme Court affirmed Soludo as the APGA governorship candidate after it sacked a former APGA candidate, Chukwuma Umeoji, who was initially listed as the party’s candidate.

Also, before the APGA’s primaries Soludo narrowly escaped death when some gunmen attacked him and his aides during a town hall meeting in Isuofia, his hometown in the Aguata Local Government Area of the state.

The assailants killed three of his police orderlies prompting him to dedicate his victory to them on Wednesday.

Soludo is expected to be sworn into office in March 2022 after the expiration of Governor Willie Obiano’s second term in office.

The outgoing Governor Willie Obiano is also a member of APGA.