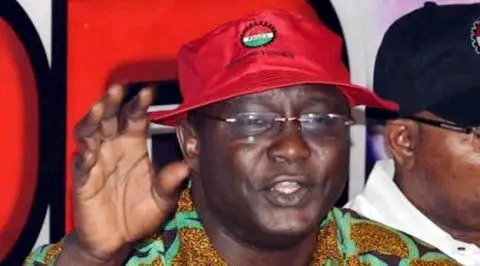 The President of the Nigeria Labour Congress (NLC), Ayuba Wabba, has advised Nigerians not to be deceived by political parties but rather focus on the personality of candidates aspiring for various positions in the 2023 general elections.

Wabba, who gave the advice in an interview with Vanguard, warned that no bad candidate in the Labour Party would be voted for as Nigerian workers would not be deceived by party influence or affiliation.

According to the NLC boss, only the personality of candidates would attract workers’ votes in 2023.

“I’ have told you clearly, the parties are mere platforms. At all the parties you have the good, the bad, and the ugly. So, what we are looking at is the personality of the candidate, not the party the person belongs to. Don’t be deceived. Workers will not be deceived by only looking at the platform of a party.

“Even in the Labour Party, if we have a bad candidate, we will say, this is a bad product, we’re not going to vote for him,” Wabba said.

Also, Wabba noted that workers are currently being conscientious to fully participate in the 2023 general elections, as he lamented that Nigerian civil servants had suffered neglect by previous leaders, therefore, 2023 may be the right time to correct the past wrongs.