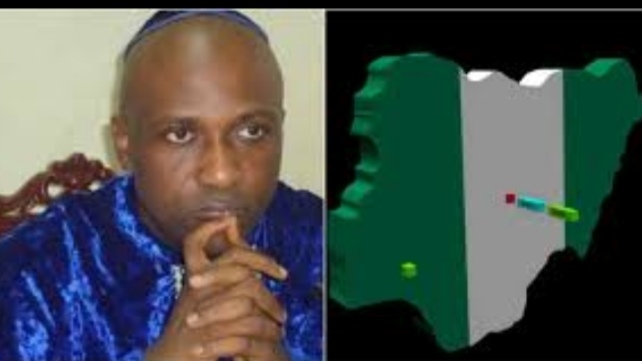 Meanwhile, Ayodele predicted that the All Progressive Congress (APC) will suffer defeat in the 2023 presidential election.

The preacher said his prophecy would occur if the ruling party does not address the insecurity problem and the dwindling economy of the country.

The Christian leader also advised the APC to resolve its legal issues so that it does not lose out on the presidency in the next election.

Primate Ayodele further prophesied that the masses are going to oppose election rigging in 2023.

What surprises many political observers is the fact that, the ‘prophet of doom’ as fondly called skipped names of some political bigwigs in Nigeria while revealing those likely to take over from the Buhari-Osinbajo administration.

Recall the trio have been tipped by some Nigerians in recent times to join the race for president in 2023. Though none of them have made official declaration, but unpopular opinion suggests they might be eyeing the Number One seat in the forthcoming Presidential election.

Names of likely presidential candidates in 2023

Primate Ayodele, however, named the following governors: Aminu Tambuwal, Nyesom Wike, Bukola Saraki, Samuel Ortom, and Bala Mohammed as good candidates for the presidency on the side of the Peoples Democratic Party, PDP.

“Tinubu venturing into the presidency will not make Nigeria great.

“Yahaya Bello presidential plan will be stopped and his party will frustrate his effort.

“Doyin Okupe should not waste his money on any election.

“Nyesom Wike will struggle for the top position in the PDP and will want to aspire to be
number one.

“The Senate and the Governors will flex muscle on who becomes the Presidential
candidate of the APC.

“Sule Lamido should also not waste his money on election.

“Goodluck Jonathan will lose his past and present day glory. There will be pressure on
him.

“Prof. Yemi Osinbajo is another good person but there will be scandals against him. They will also create enemies for him,” Primate Ayodele said.

Buhari is a Man of God, a Man of Honour;

Also, Ayodele argued that Nigerians should forget the idea that President Muhammadu Buhari would want to go for a third term in office.

According to him, the president is a man of God and a man of honour that would abide by the constitution of the Federal Republic of Nigeria.

Ayodele disclosed this when he spoke with journalists at his office in Lagos state.

He said he had earlier told Nigerians that things would not be fine during Buhari’s second term in office and that his prediction has manifested.