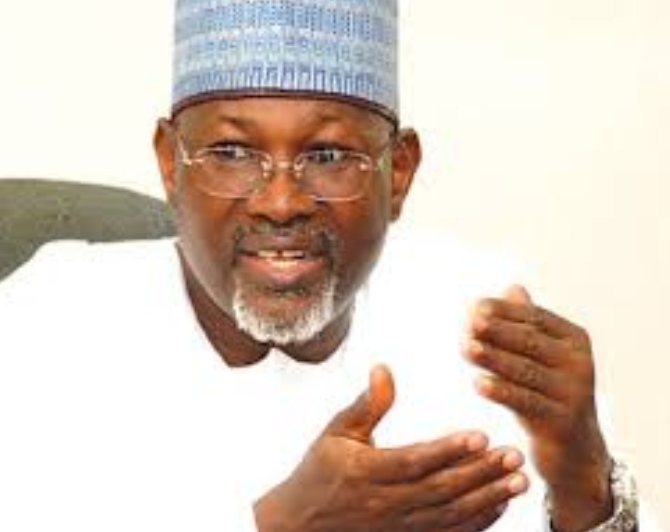 The immediate past National Chairman of the Independent National Electoral Commission (INEC), Professor Attahiru Jega, has advocated a short-term restructuring before the next general election to address myriads of challenges confronting the country.

Jega, however, accused the executive and legislative arms of the Federal Government of treating the restructuring issue with levity.

The former university Don said this at the 2021 Public Lecture of the Achievers University, Owo, Ondo State.

The lecture was entitled, ‘Towards stabilizing the Nigeria Federation.’

Jega said that “there seem to be lack of political will on the part of those who are at the helm of affairs in the nation’s executive and legislative arms of government.

“In the present circumstances, as necessary and desirable as restructuring is, a number of challenges would have to be overcome to successfully bring it about.

“First, passion has been inflamed and allowed to circumscribe the discourses of restructuring, resulting in the emergence of hardened antagonistic positions, which if allowed to persist, would make reconciliation and consensus building very difficult indeed, if not impossible.

“The perceptions of exclusion, marginalization and exploitation are so deep-seated that they nurture and deepen divisions, polarisation and illogical if not irrational agitations by
extremist groups.

“In the circumstances, conversation, debate and dialogue are, if at all, conducted at cross purposes, obstructive of accommodation of differing opinions and the pursuit of a rational and logical process of consensus-building and bringing about desirable restructuring of the Nigerian federation.

“Second, in the governance sphere, at both the federal executive and legislative levels, the political will and competence seem lacking for the pursuit of credible and popularly acceptable procedures and processes of bringing about appropriate and desirable restructuring.

“The executive seems to take a back seat in the belief that restructuring is purely a legislative matter, into which it should not dabble, thereby failing to provide the requisite, proactive leadership for driving the agenda and process of restructuring.

“On its part, the legislature seems to take an overly legalistic posture, impatient with, and indifferent to, calls for transparent, inclusive and people-oriented strategies for achieving
popularly acceptable restructuring.

“A broadly participatory, inclusive and responsive process would lend greater legitimacy to the end product of any restructuring and constitutional amendment processes.

“Regrettably, members of the National Assembly have failed to recognize the desirability of doing this.

“Third, rather than prioritizing restructuring and focusing on addressing the key discernible challenges to power-sharing and resources distribution/allocation amongst the subnational, federating units, the legislature pursues a comprehensive/ wholesale constitutional amendment process, with many contentious issues taken on board simultaneously.

“This makes the process time consuming, overly contentious and controversial, and susceptible to filibuster, and likely derailment of the entire undertaking.

“Fourth, leaving the very important business of restructuring until very close to the next general elections has its own challenges, given that Nigerian politicians tend to shy away from taking tough decisions in the national interest, especial on seemingly controversial issues, too close to general elections.”

Jega, however, expressed optimism that restructuring could be achieved if the stakeholders could do the needful, advocating a short-term restructuring before the 2023 general election.

“In spite of the challenges, the prospects of restructuring are not as hopeless as some would assume them to be.

“For all these, better management of ethnoreligious diversity on the basis of rule of law, justice, equity and equality of opportunity, is a necessary precondition.

“That is what a federal arrangement is meant to ensure, but it is not, if truth is to be told, what the current federal structure and practice of federalism in Nigeria provide.

“Rather, it ensures an asymmetrical and unequal distribution of power and allocation of resources between the national government and the subnational units, the states.

“Therefore, some form of restructuring in the short-term, before the next general elections in 2023 to reverse the trend and reposition Nigeria as a viable and effective federation, is necessary.

“One can say without any fear of contradiction that there is at least an elite consensus on the fact that the current Nigerian federal arrangement isn’t optimally working; that indeed it is dysfunctional and needs improvement.

“Where consensus seems lacking is on the nature and extent of restructuring to be undertaken before the next general elections in 2023.

“If only our elected leaders would try harder, with courage and strong political will, consensus can and should emerge on the thorny issues about the nature and extent of restructuring.

Jega noted that “It may be difficult but it would not be impossible to commence, and achieve some form of desirable restructuring of the Nigerian federation before the 2023 general elections.”