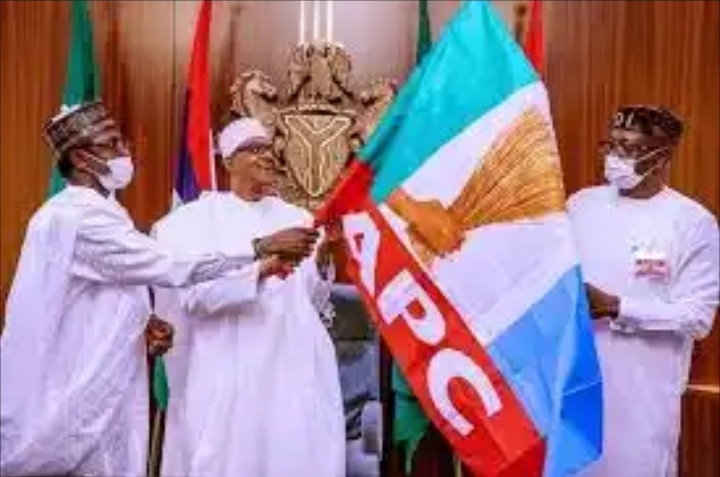 The news reaching the Hotmedia.ng has it that President Muhammadu Buhari has approved February 2022 for the conduct of the national convention of the All Progressives Congress (APC).

This followed a meeting he had with some of the governors of the party led by Chairman of APC national caretaker committee and Yobe State governor, Mai Mala Buni.

At the meeting, Kebbi and Jigawa state governors, Atiku Bagudu and Abubakar Badaru, were in attendance respectively.

Addressing Journalists after the meeting which took place in the president’s office, Bagudu disclosed that the meeting was to convey the decision of Sunday night meeting of the Progressive Governors Forum to the president, adding that governors resolved that the convention should hold in February and suggested that the president should approve the date.

Bagudu added that President Buhari had approved it, noting that the national caretaker committee will work out the details.

When asked whether a specific date had been suggested to the president in February, Buni said not yet as he noted that a timetable had to be worked out while the Independent National Electoral Commission (INEC) will also be notified.