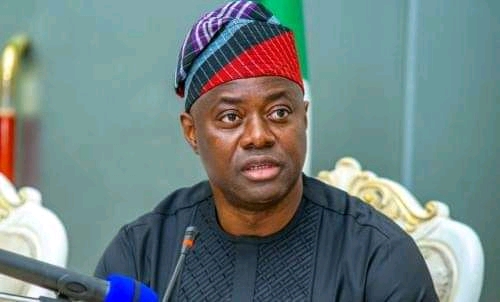 The Governor of Oyo State, Seyi Makinde, has advised President Muhammadu Buhari to dump the nepotistic appointments he embarked on and assign Nigerians from outside his ethnic group into top government positions.

The governor said this was the only move that could bring unity and thrust Nigeria to a progressive path.

Makinde disclosed this to the British Broadcasting Corporation (BBC) Yoruba in the aftermath of the National Convention of the Peoples Democratic Party (PDP).
He said, “You know the major problem we have in Nigeria today is disunity. There is no unity and, in fact, we have never been divided like this since I grew up to start monitoring political activities in the country.

“And if you come down to the South-West, it is the same thing. Before now, we used to think Hausa and Fulani are of the same ethnicity but now, we have come to understand the fact that they are not.

“If you go to Yobe, Zamfara and Sokoto, people are saying that Hausa people are killing the Fulani and vice versa. But at the PDP National Convention, you saw a practical demonstration that the party can unite Nigerians, as we came up with different people from different zones and that too without rancour.

“So, one of the implications of the successful conduct of the PDP National Convention is that the PDP can restore the hopes of Nigerians for a safe and united country.”
When asked that as an opposition politician in the country, how he would advise President Muhammadu Buhari on issues of disunity and insecurity in the country, Makinde stated that he would tell the country’s leader not to restrict topmost positions for his kinsmen.

“If I have such an opportunity, I will simply tell him that if he cannot trust those from other ethnic groups in the country to serve in the government, then we can never be united in this country.

“You see, it is very simple. Look at the Service Chiefs we have today. Why don’t we have anyone from the South-East? Is there no one in the military in that same zone that can occupy the topmost position?

“So, I will advise the Presidency to tone down the issue of ethnicity and seriously toe the path of unity in the country. I am saying this because if there is unity, we will experience progress in different sectors of our economy,” Makinde added.