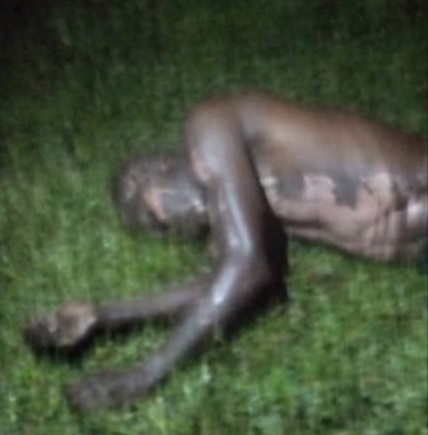 A 30 year-old man identified as Chinenye Mark from Abaye Ohanze in Obingwa Local Government Area of Abia State was in the early hours of today killed while stealing component parts of a distribution transformer which supplies electric power to the area.

The incident occurred at about 3 am at a substation in Amaorji Ukwu, also in Obingwa LGA, belonging to the Aba Power Ltd, a subsidiary of Geometric Power which has the sole franchise to supply power to nine out of the 17 LGAs in Abia State.

Mark, believed by most people in the locality to be a talented criminal from nearby Abaye Ohanze, was well known by the moniker of Oto Na Gate.

He was tampering with the high tension wire without knowing that it was carrying electricity because the distribution transformer below the overhead wire was vandalized in January, according to Engineer Jude Efidi, a commercial manager with Aba Power.

Eye witnesses said that Mark did not die immediately he came into contact with the high tension because he was screaming for help which attracted the attention of people in the vicinity.

“We saw this notorious criminal who was on our pole with a torchlight, an iron cutter and a hammer, and we queried him on his mission by this time of the day”, stated residents who did not want their names disclosed in the media.

“He was badly burnt, and he came to steal with someone whose name he refused to reveal.

“We saw two shirts on the ground, with one belonging to his partner who escaped on hearing the sound of a big explosion from either the transformer or the feeder pillar.”

Mark died shortly. The news spread quickly, drawing a large crowd rejoicing that a notorious criminal leading a gang of vandals destroying utilities in the area has finally died.

The Ngwa Southern Police Division was quickly notified of the death, and they evacuated his remains to the G& P Mortuary on Ovom Road, Aba.

A senior police officer at the police station, who doesn’t want his name in print because he is not authorized to speak to the media on official matters, disclosed that security men are already on the trail of Mark’s partner.

“We will catch him soon”, he assured.