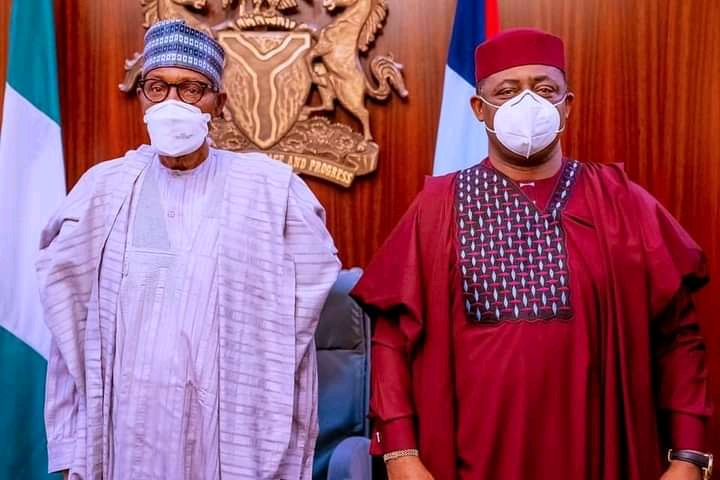 The ruling All Progressives Congress (APC) and the President Muhammadu Buhari-led government have started working to have the corruption charges against former aviation minister, Femi Fani-Kayode quashed.

Hotmedia.ng learnt the President and his party, APC are also planning to make Fani-Kayode a minister.

This comes after the defection of the former minister from the Peoples Democratic Party (PDP) to the APC.

“They are working on dropping corruption charges against Fani-Kayode and making him a minister,” a top source told SaharaReporters on Friday.

However, it is not yet clear what ‘juicy’ ministry Fani-Kayode will be given to manage.

Fani-Kayode officially defected on Thursday and was presented to President Buhari by the Chairman, Caretaker Committee of the APC, and governor of Yobe State, Mai Mala Buni at the Presidential Villa, Abuja.

FLASHBACK: I Would Rather Die Than Join All Progressives Congress, Discredited Minister, Fani-Kayode @realFFK

— September 16, 2021
Fani-Kayode, who has recently been hobnobbing with APC chieftains and bigwigs, said he was led by God in his decision.

The former minister, known for his inconsistent stance on public issues, added that he joined the APC to help unite the country.

He once described the APC as “a filthy, rat-infested sinking ship,” saying he would rather die than join the party.

– September 16, 2021
Although Fani-Kayode said he joined the APC to help unite the country, Hotmedia.ng gathered that he defected because of his corruption cases with the Economic and Financial Crimes Commission (EFCC).

Sources also told SaharaReporters that the former minister is broke and was desperate for some political relevance that would put him in public office.

Fani-Kayode was arraigned in 2016, alongside a former Minister of State for Finance, Nenadi Usman; Danjuma Yusuf, and a firm, Joint Trust Dimensions Ltd over N4.9bn alleged fraud.

The former minister, who was also the Director of Publicity for ex-President Goodluck Jonathan’s presidential campaign organisation for the 2015 election, was accused of conspiring with the others to, directly and indirectly, retain various sums which the EFCC claimed they ought to have reasonably known were proceeds of crime.

Read Also : 2023: We Are Considering Giving Automatic Ticket To Jonathan Not Tinubu – APC

In one of the counts, the defendants were accused of conspiring among themselves to “indirectly retain the sum of N1,500,000,000.00, which sum you reasonably ought to have known forms part of the proceeds of an unlawful act to wit: stealing.”

The four were also accused of indirectly retaining N300 million, N400 million, and N800 million, all proceeds of corruption, according to the EFCC.

Fani-Kayode was accused of directly using part of the money at various times.

He was also accused of making a cash transaction of N24 million to one Olubode Oke, said to still be at large, on February 12, 2015 “to Paste Poster Co of 125, Lewis Street, Lagos Island”.

The duo were said to have made the transaction without going through any financial institution, an act the EFCC claimed was contrary to sections 1(a) and 16(d) of the Money Laundering (Prohibition) (Amendment) Act, 2012, and punishable under Section 16(2)(b) of the same Act.

Months later, the former minister was rearrested and solely arraigned on five counts bordering on money laundering to the tune of N26 million.

According to the EFCC, Fani-Kayode allegedly received the sum of N26 million from the office of the former National Security Adviser (ONSA), Col. Sambo Dasuki (retd.) in 2014.

The defection of such political leaders to the APC and the subsequent offer of rewards to them through political patronage is not new.

It is also not new for such people being prosecuted for alleged corruption, to automatically have the charges quashed.

In 2019, Adams Oshiomhole, a former National Chairman of the APC announced that those who joined the ruling party would have their “sins” forgiven.

He encouraged more politicians in opposition parties to toe the path of some members of the PDP who had defected to the APC at that time.

“I am told that there are a lot of very senior people from PDP who have decided to join forces with President Buhari to take the broom to sweep away PDP and to continue to ensure that APC continues to preside all over Nigeria.