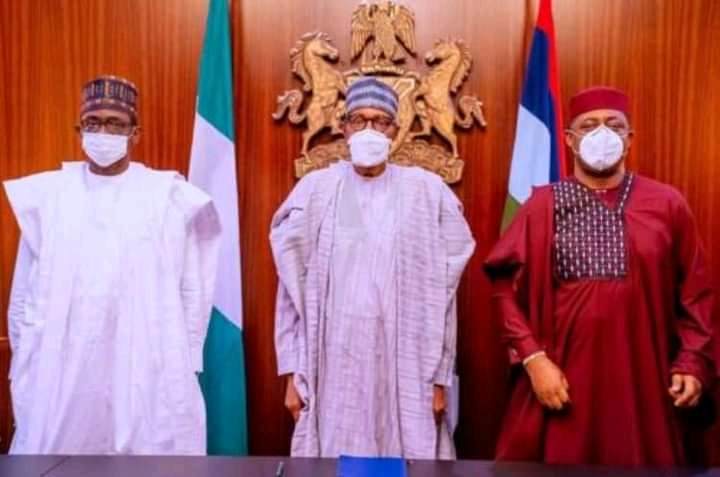 In  Abuja – After months of speculations and denial, a former minister of aviation during the administration of the ex-president Olusegun Obasanjo, Femi Fani-Kayode, has formally joined the ruling All Progressives Congress (APC).

Hotmedia.ng gathered that he was presented to President Muhammadu Buhari by the chairman, Caretaker Committee of the APC and governor of Yobe state, Mai Mala Buni on Thursday, September 16, at the Presidential Villa, Abuja.

Hotmedia.ng learnt that Fani Kayode said that he was led by the spirit of God in his decision and that he joined the APC to help for the unity of the country, adding that he was against anything that would cause the disintegration of Nigeria.

The former minister informed that he was instrumental for the exit of three Peoples Democratic Party, PDP, governors to the APC.

The governors he mentioned were Dave Umahi of Ebonyi State, Ben Ayade of Cross River State and Bello Matawale of Zamfara State.

In another development the House of Representatives member representing Tai/Eleme/Oyigbo Federal Constituency of Rivers State, Promise Chisom Dike, has defected to the ruling All Progressives Congress (APC) from the opposition Peoples Democratic Party (PDP).

His defection was announced through a letter he addressed to the Speaker, Femi Gbajabiamila, which was read during plenary on Thursday.

The lawmaker claimed in his letter that he defected from the PDP as a result of the crisis and division in the party in Rivers State.

While describing Gbajabiamila’s leadership as accommodating, Dike said he is “Finally home”, adding that the APC was the right party for him.

However, Ossai Nicholas Ossai (PDP, Delta), interjected, saying that there was no evidence to the defected lawmaker’s claims.

He said the lawmaker should have informed the House ahead with clear evidence as he claimed in his letter.

However, the Speaker ruled him out of order, saying that any member who is not satisfied can challenge the defection in Court.

It could be recalled that another member from Rivers State, Ephraim Nwuzi, had earlier defected from the PDP to the APC in 2020.

Dike’s defection brought to two Rivers State House of Representatives members who have defected from the PDP to the APC.