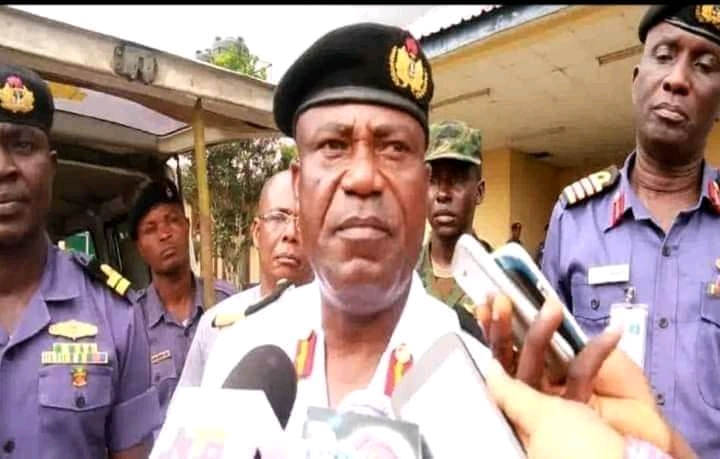 Residents of the community accused the retired military officer of terrorising villages in the council with his thugs.

A retired naval officer, Commodore Joseph Tyoapine Dzunve has been fingered in the death of a widow identified as Mrs Aondozungwe.

Multiple sources told  Sharareporters, that the woman was burnt alive in her home by thugs led by Dzunve in Mbagen community, Buruku Local Government Area of Benue state.

Residents of the community accused the retired military officer of terrorising villages in the council with his thugs for more than 6yrs now.

“He is currently
grooming a militia group, he is arming small boys with guns and other weapons. He deals with anyone that is against him; he kills people easily. He also built a place like a police station where he and his boys beat people and detain them.

“The number of young boys armed with guns working for him currently is more than that of the police and soldiers in this council. Dzunve is untouchable here in Buruku LGA.

“He killed the nurse because of a business interest in the village that was done by her late husband’s siblings and the said widow was not even interested in it save for her late husband’s stepbrothers who were locked up, beaten, and abandoned at the state CID,” a resident told National Media

A family member of the deceased, a nurse with Buruku LGA, said she was killed for challenging Dzunve’s authority.

“This man is a retired naval officer who is here in Buruku LGA of Benue and he is terrorising the entire community, intimidating all the villagers.

“So, her late husband’s stepbrothers were beaten by Dzunve’s boys. They were subsequently arrested and taken to the police station. So she went there to secure their bail.

“So he felt challenged that who was this woman… that when he detains people, this woman would go and bail them. So, he started threatening her, that he was going to deal with her and kill her.

“There was a day she wrote a petition herself and took it to the police station that the man was threatening her. When she got to the police station, the DPO, instead of investigating the petition, called the retired naval man, put the phone on speaker, and was saying that there was one petition against you from so so and so. Dzunve asked her to be detained and she was detained until he arrived at the station. She was not released until one of her sons, who is a security personnel, intervened.

“The man kept threatening her after that; he claimed the innocent widow was challenging his authority. On the 5th of March, she was sleeping in her house, they came and burnt the house. As she was about to run out, they shot her and she was burnt to dead,” he told  National Media