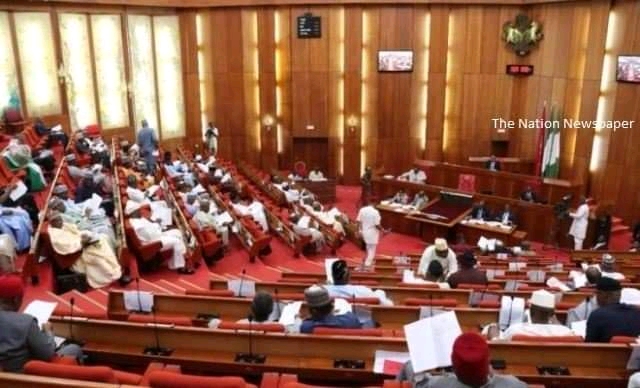 A bill which seeks to establish an Armed Forces Service Commission on Wednesday divided the Senate.

The Bill titled: “A Bill for an Act to give effect to Section 219 of the 1999 Constitution of the Federal Republic of Nigeria to provide for the establishment of the Armed Forces Service Commission and for other related matters, 2021” was sponsored by Senator Enyinnaya Abaribe (Abia South).

No sooner than the debate for the second reading of the Bill commenced than it degenerated into an uproar.

The battle of wits was between the opposition People’s Democratic Party senators and their All Progressives Congress (APC) counterparts.

While supporters of the Bill argued that it was merely to give effect to a constitutional provision which empowers the National Assembly to create the Armed Forces Service Commission, APC Senators in their contribution said that the Bill was targeted at whittling down the powers of the President.

Confusion arose when Senate President Ahmad Lawan put the Bill to a voice vote and ruled that the “nays” had the day, meaning that the Bill cannot be read for a second time.

The sponsor of the Bill, Abaribe, and those supported the Bill however disagreed with the ruling of the Senate President and called for a division of the Senate to allow for transparent voting.

This disagreement by Abaribe was interpreted by some lawmakers as challenging the ruling of the Senate President on the matter.

The development led to a near commotion in the Senate before the Senate President announced that the chamber will go into an emergency closed door session.