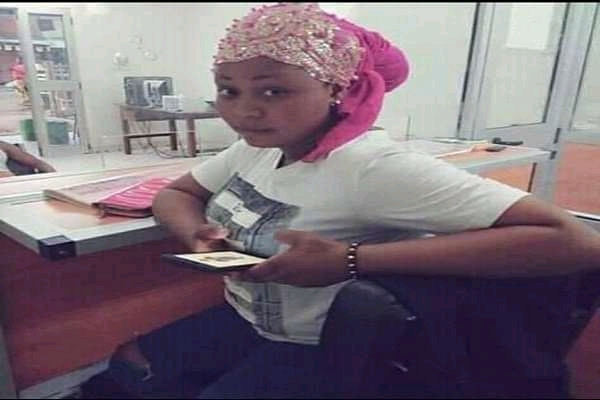 Outrage over unlawful incarceration of Nigerian in Ivory Coast

Public outcry has followed report of the unlawful incarceration of a 23-year-old Nigerian, Itunu Olajumoke Babalola in Ivory Coast.

Itunu, a trader based in Bondoukou, Cote d’Ivoire, was sentenced to 20 years in prison after a burglary in her apartment she reported to the local police was turned against her.

A journalist, David Hundeyin, who shared the young woman’s ordeal on social media, said she has been in prison custody since October 2019, simply because she refused requests by the Divisional Police Officer (DPO) in Bondoukou to drop the case.

The DPO was alleged to have prevailed on Itunu to discontinue the case because the suspected burglar was his nephew, but her insistence on justice infuriated the nepotistic cop who manipulated the system to punish her for a crime his teenage relative committed against her.

The burglary was said to have taken place shortly before her scheduled trip to Nigeria in September 2019 to see her sick mother in Ibadan, Oyo State.

She reported the burglary to the local police and estimated her losses to over N300, 000 before proceeding on the trip to Nigeria where she stayed till October before renting to Bondoukou only to be told that the thief had been identified and it was a 14-year-old boy who lived nearby.

“His embarrassed dad apologised and admitted that his son was a habitual thief. The items had already been sold. Itunu reported this to the police who told her to return on Tuesday, November 5, 2019. The appointment held on Wednesday, November 6.

“There she says, the DPO informed her that the suspect was in fact his nephew. He then offered her a settlement worth roughly N100, 000 to drop the case. She refused the settlement, citing the disparity between the value of the stolen items and what was offered.

“Next she says, the visibly enraged DPO tried everything to frustrate her into dropping the case, including making her travel to Abidjan for a police appointment.

In Abidjan, she hired a lawyer to attend the appointment with her, all to no avail as the police refused to cooperate. Frustrated, she returned home to Bondoukou.

“Around 5pm the following day, a convoy of police vehicles showed up outside her house and publicly arrested her.

On getting to the station, she was charged with theft – the theft of her own items in her own apartment.

“She spent the next four days in police custody, after which she was taken out of the cell and offered her freedom if she agreed to sign papers dropping her case.

“For whatever reason despite the clear bad faith displayed by the Ivorian police, Itunu says she rejected the offer and chose to go to court instead.

She says she then overheard an officer saying “Elle est une Nigériane? Elle mourra ici!” (“She’s a Nigerian? She will die here!”)

“The decision to go to court turned out to be a monumental error of judgment compounded by her own naivety about the Ivorian justice system.

The (French-speaking) court did not allow her adequate legal representation or give her a chance to properly state her case.

“She was speedily convicted and sentenced to 20 years imprisonment. Further complicating this was her decision to identify herself to the court as “Becky Paul”. She says she did this to avoid getting her family name mixed up in bad news and potentially upsetting her aged mom.

“As a result, for the past one year and 4 months since her conviction, Itunu alias “Becky Paul” has become, to all intents and purposes, a forgotten inmate at the notorious Maison d’Arrêt et de Correction Bondoukou (Bondoukou Remand and Correction Facility).

“When her Nigerian friends in Cote d’Ivoire approached the Nigerian Embassy in Abidjan to provide consular assistance for her case, officials reportedly asked for N400, 000 to get her a passport before anything can be done.

“She says she has exhausted all her savings over the past year, spending well over N1m to try to clear her name while the Ivorian justice system as well as individual prison officials collude to frustrate all her efforts.

“She has lost hope and she has attempted suicide twice. This is an appeal for the sake of an innocent Nigerian woman stuck in a hostile foreign prison after being set up by corrupt officials to cover up a crime committed by an Ivorian DPO’s nephew,” Hundeyin wrote.

Itunu’s friends also corroborated the tale, explaining that all their efforts to get her help amounted to nothing.

One Timi Jayden described the young woman as kind hearted and industrious, adding that her unlawful detention made him sober.

“I thought about her sick, aged mom and siblings. What would be their fate? The only offence she committed was to seek for justice in a strange land as a Nigerian because she resisted corrupt practices of the Police in Ivory Coast.

“Yet, the whole case was manipulated against her in order to favor the Burglar (Ivorian DPO’s Nephew) all because she’s a Nigerian in another country. Behold, they sentenced her to 20 years Imprisonment.

“She has already faced a lot. No one to assist her. Her mother is lying on a sickbed and all her brothers are financially incapacitated while she has spent a fortune on court cases in Ivory Coast.

She’s languishing in jail and she is now a shadow of herself. “Itunu shouldn’t suffer the crime she didn’t commit…Being a NIGERIAN is not a CRIME.”

Alao, Arije Ekundayo said she was being victimised for being an illegal immigrant in the french country as well as for being a Nigerian.

“Apparently, clauses points at the young lady as she is not a legal immigrant in Ivory Coast, but that doesn’t overrule the fact that Nigerian blood runs through her veins.

“Also, she used a fake name at the Ivorian court given the fact that she wants to protect the integrity of her family and the reputable character of Nigerians.

“Please let’s not fold arms and watch her feasted upon by the foreign beast. Please we demand justice bereft of sentiment(s) for ITUNU JUMOKE BABALOLA.”

Enraged by the revelations, Nigerians on social media demanded her immediate release, calling on the government to take steps to protect all Nigerians doing legitimate businesses in and outside the country.

They lamented that other countries were treating Nigerians poorly because of the government’s lack of respect for her citizens.

They also urged the government to ensure that all Nigerians languishing unjustly in foreign prisons were freed, while other countries in the region are made to honour the Economic Community of West African State (ECOWAS) treaty.

Replying to the outcry, the Nigerians in Diaspora Commission (NIDCOM) said: “We will investigate and get back with our findings. Our Mission in Abidjan will also help out.

“The Commission has been to several countries such as Togo, Benin Republic, Brazil, South-Africa, etc to facilitate the release of some Nigerians wrongfully arrested and incarcerated.”