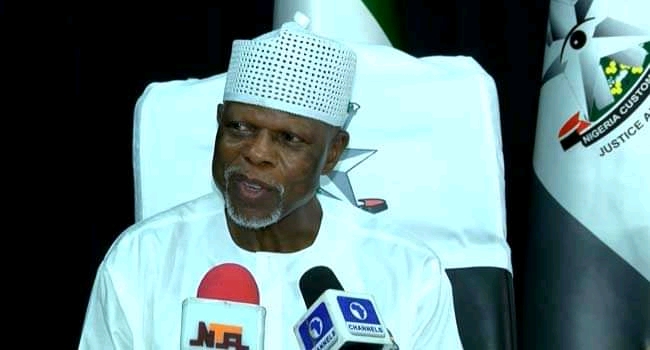 Nigeria Customs Service (NCS) has paraded five foreign women and their Nigerian driver in Ilorin, the Kwara State capital, for alleged theft, fraud and other offences.

They were arrested by Joint Border Patrol Team (JBPT), which comprises members of the NCS, Nigeria Immigration Service (NIS), Army, Police and other security agencies.

The foreigners were said to belong to a syndicate that specialises in stealing women wrappers and duping Nigerians.

Peters stated that three sets of human traffickers with 80 children were arrested from January till date and handed over to the Immigration and National Agency for Prohibition of trafficking in persons (NAPTIP).

He said: “JBPT while conducting stop and search on Lokoja–Abuja highway on February 21 intercepted a Mazda 626 marked ABJ 187 BF, conveying five women from Zuba Abuja to Lokoja. On searching the vehicle, 15 bundles and 18 pieces of wrappers were found to be concealed in the bonnet and other components of the vehicle.

“The preliminary investigations revealed that the five women are from different countries of Chad, Ghana, Mali and Niger Republic. They were found to be illegal immigrants without any means of identification.”