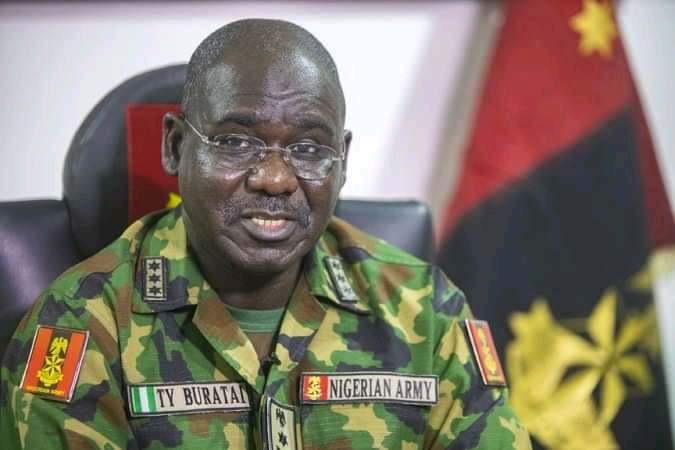 Former Chief of Army Staff, Gen Tukur Buratai (retd), has reacted to the comment of Maj Gen Babagana Monguno (retd) that billions of naira approved for arms purchase under the ex-service chiefs cannot be accounted for.

In an interview with BBC Hausa, Monguno had said the new service chiefs have confirmed that the arms were not purchased.

Soon after their exit from the military, President Muhammadu Buhari appointed them as ambassadors.

Although the office of the NSA later issued a statement saying Monguno did not say monies were missing, the transcript of his interview with the BBC Hausa Service on Friday revealed that he did.

Gen Monguno had said, “It is not that we are not working to end the security challenge in the country. The president has done his own part and allocated huge amounts of money to purchase weapons, but they are yet to be here. We don’t know where they are.

“I am not saying that the past service chiefs have diverted the money, but presently we don’t know where the money is.”

In a statement issued on behalf of Buratai, Osuagwu Ugochukwu, his lawyer, said funds meant for arms did not get missing under the former army chief.

“My attention has been drawn to an interview granted BBC by National Security Adviser (NSA), RTD Major General Babagana Monguno, wherein he was alleged to have accused former service chiefs of filtering ARMS Fund away.”

“I can confirm that Lt. General Buratai and other ex-service chiefs were never mentioned in the interview and neither was any arms fund missing under the stewardship of Lt. Gen T.Y. Buratai.

“Interestingly, NSA Babagana Monguno has denied making such accusations. We, therefore, urge members of the public to discountenance any such misquoted narrative suggesting sleaze on the integrity of Rtd Lt Gen T.Y. Buratai.

“Anyone interested in knowing how arms were procured by the ex-service chiefs and particularly Lt Gen T.Y. Buratai should channel such request for information to the Ministry of Defence,” the statement read.