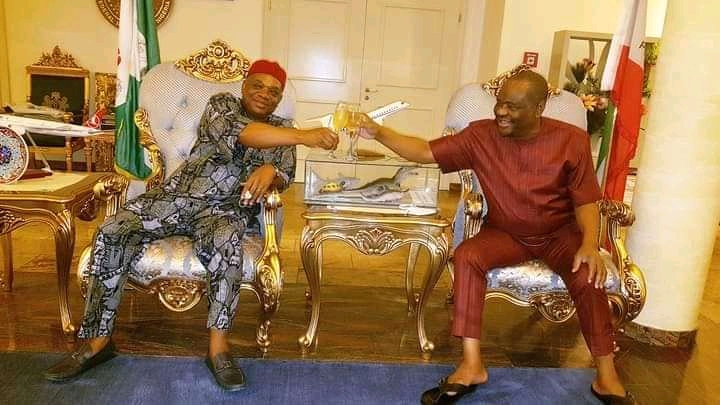 Details of the visit are yet to be disclosed as at the time of filing this report , However Kalu’s visit to the Rivers State Government House is his first since he left as Governor in 2007.

Although details of the visit are unknown, it should be recalled that Senator Kalu yesterday presided over the joining and subsequent registration of former Chief of Army Staff Lieutenant-General Azubuike Ihejirika in the All Progressive’s Congress APC.

Gen Ihejirika was appointed during the tenure of former President Goodluck Jonathan.
General Ihejirika’s defection comes months after Senator Kalu made series of advances for the ex-COAS to join the APC.

Kalu arrived the Government House at exactly 9:15 PM and was duly received by the Governor who was already awaiting his arrival, both men exchanged pleasantries and proceeded for a meeting behind closed doors.