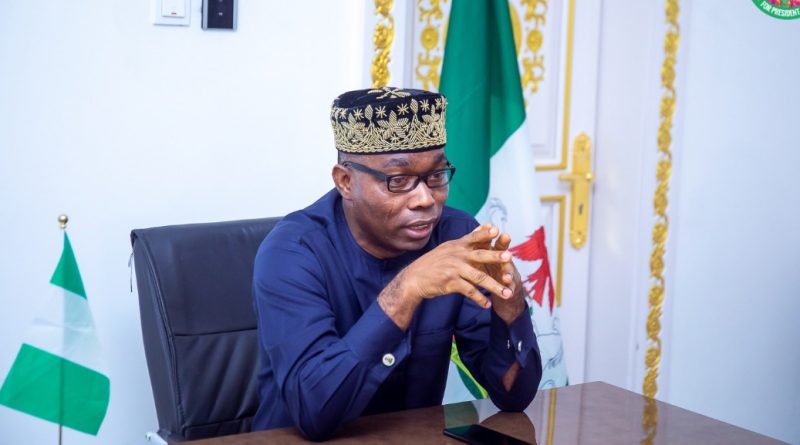 “We will employ the best mind”: SDP Presidential Candidate Talks About Police Reform

The Social Democratic Party’s (SDP) presidential candidate, Prince Adewole Adebayo, says his administration will make every effort to ensure that the Rule of Law pervades society.

He stated this during a conversation with Ruben Abati about how he would ensure the Rule of Law’s enforcement and appropriate law enforcement.

He stated that placing the Nigerian Police Force under the Ministry of Justice would reform it. In order to do so, the Attorney General of the United States, as opposed to the Federal Government’s private attorney, will be completely independent of the Executive Branch of Government.

In his words: “the people in government have to be reformed so they understand that are supposed to act under the Rule of Law.

We will also employ the best mind into the Force and let them know that the Police is not just about law enforcement but about seeing the job as n opportunity to protect lives and properties as well as solving issues amicably.”

On State policing, he said, “officers working in a State must hail from that community and the laws guiding each State must be used to adjudicate issues of brutalities there.

“I believe that any tier of government – be it Local or State that has lawmaking powers should also have law enforcing powers. If you have a community that sets up sanitation laws, they should also have the powers to enforce the laws as stipulated in that community or area.”

He believes that brutality stems from a lack of respect for the law, as perpetrators of crimes frequently go unpunished.

“When you create a tense government where the government is careless about the psychology of the minds of the people, we will continue to have a society where people and the government have a disregard for the sanctity of human lives.” He asserted.