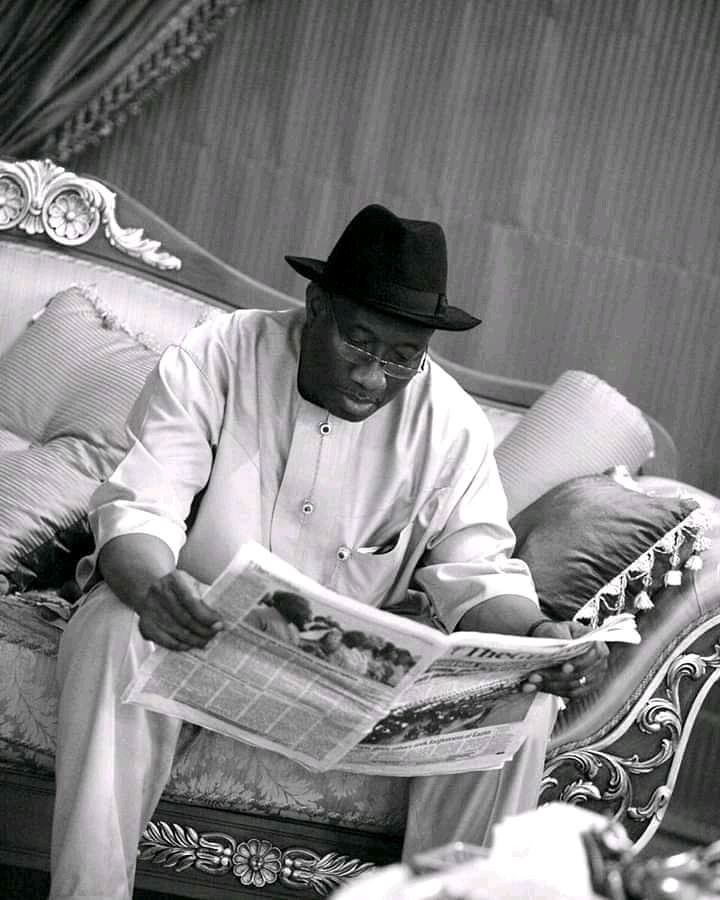 2023 Presidency : APC React to the plan to field Jonathan, Says Bring Members To The Party Is Priority.

The All Progressives Congress, APC, has denied widespread rumour that it was planning to field former President Goodluck Jonathan as its candidate in the 2023 Presidential election.

There were reports last week that some Northern governors were working hard to ensure that the former president gets the APC ticket.

The party clarified that such story was not on its table but just the creation of some individuals.

Governor of Yobe State, Mai Mala Buni who is interim committee chair of the APC, told the BBC Hausa service that there was nothing like courtship in the matter as politics is all about actual talking.

“Those peddling such information, they are afraid. But for now, there is nothing in the APC which has anything to do with the aspiration for 2023.

Even if someone wants to base assumption on our recent visit to him during his birthday, we were there because of his capacity as a former President of Nigeria.

Again, even if there is nothing, when we are talking of peaceful coexistence, we must give credit to former President Jonathan on the issue of peace. How he accepted defeat in 2015 and resigned to fate.

That has qualified him to be a statesman and he is now among our fathers.”
Governor Buni said it is customary to visit one another and exchange pleasantries.

“Our visit to Jonathan was pronounced because of his status as a former president, that could be why some may think there was something beneath.

There are numerous of such visits ,to leaders of PDP, APC, why are others not being mentioned but Jonathan?”

When asked whether the APC would listen to Jonathan if he may eventually, indicate interest, Buni said that would be a new discussion, entirely.

“Even in America where we got this democracy, I’ve not seen where people are being confined to a limit.”

Asked whether the APC is still indecisive on Jonathan, Buni said, ”you are talking of democracy and at the same time talking of giving him, don’t forget even when President Buhari went to revalidate party membership in Daura, he said it is the people at the grassroots that will select leaders upwards.

That no one should expect to be crowned from Abuja. This has shown that in APC now, it is from the lower level upwards. Not that people would be imposed from the top.

Then who are we to say we are considering Jonathan? How? It has to be a party affair and once it is a party affair, then we are talking about the people. So we have nothing like that in our agenda.

What we have now, and is of importance to us, is to ensure peace amongst party members. Also, to bring members of other political parties, whichever party it might be, whoever wants, should come in to the APC. This is our plan for now.