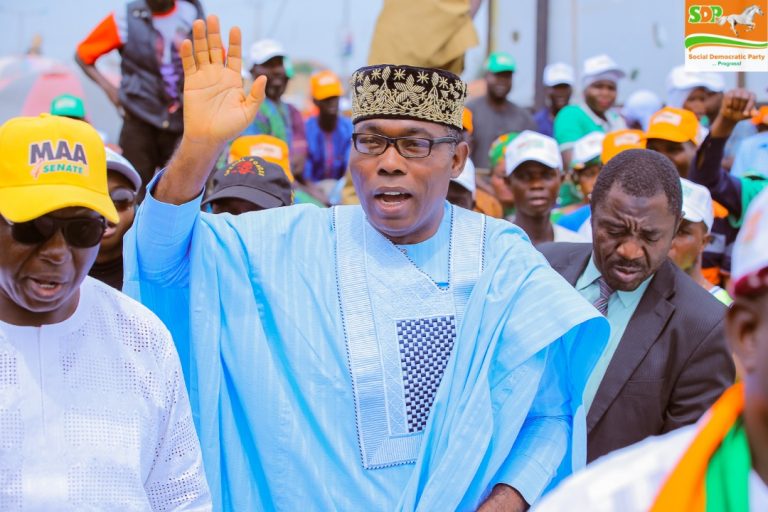 On Saturday, Prince Adebayo met with Obasanjo at the latter’s home in Abeokuta.

After the closed-door meeting, Prince Adebayo told journalists that one of his aims was to convince Obasanjo to back his presidential ambition.

“About the endorsement of Peter Obi by Obasanjo, Baba is also a Nigerian, a free person who has the right to his mind. The election is still far.

“The essence of democracy is getting people to change their minds and it is a continuous exercise,” he said.

Recall that Obasanjo, in a new year day open letter, endorsed the candidacy of Mr Obi of the Labour Party.

Prince Adebayo was accompanied on his visit to the former president by the governorship candidate of the party in Ogun State, Anthony Ojeshina.

The candidate described Obasanjo as someone all Nigerians respect. He said he discussed the growth of his party, SDP, with the former president.

“Our discussion with him is basically about to make our party more stronger and we are at right direction. Baba is of the view that the solution to Nigeria’s problems will not come from the old parties, will come from the new parties.”

Prince Adebayo indicated that Obasanjo only gave him a general response.

“He said we should do our best, wish us well and he will give us assistance as given to any other person both in Nigeria and outside.”

“Our purpose is to come to Ogun State to do rally for our party, to see the traditional rulers and we can’t come here without seeing Baba Obasanjo. We always gain from him because we learn a lot about governance, about how Baba is still working hard and we are more encouraged that we are on the right path,” he said.