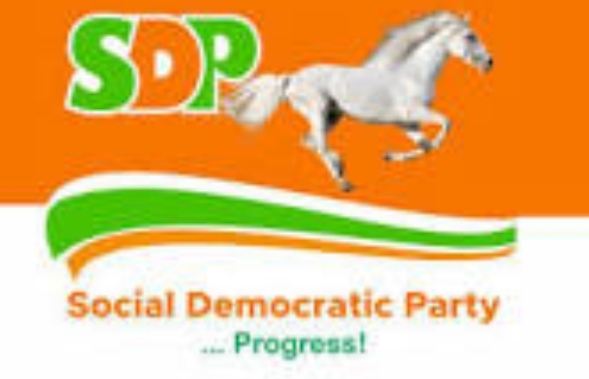 The Director General of the SDP Presidential Campaign Council, Mr. Solomon Dalung has stated that the country at this moment of political history, Nigerians should vote leaders in 2023 general elections based on integrity, character and physical Strength unlike President Muhammadu Buhari. Solomon Dalung is also former Nigerian minister of Youths and Sports Development,

Dalung who served under Buhari administration from 2015 to 2019 said, Buhari is a good man but he lack the capacity and strength of governing Nigeria which is the reason why he has been caged by political bandits in Aso Rock Villa, Abuja.

The former minister who is contesting for Langtang North and South Federal Constituency under the platform of Social Democratic Party (SDP), while speaking to newsmen at State Security Services (SSS) headquarters Jos Wednesday, revealed there is a misconception by the political actors about what Nigerians would do  and what they are promising them.

According to Dalung, “today the country is at its lowest apt, there is nothing, virtually nothing in this country that works and the only thing that is working effectively is prayers. And apart from prayers there is nothing that works right from Government down to the family.

“And so if these people who are presented themselves cannot attest to this indices we should not waste our time on them. Let look for a Nigerian whether he has anything like money but has character and integrity, and political will and the strength.

“Buhari has integrity, he is a good man and he still think good but he doesn’t have the political will and energy to do what he meant for Nigerians and that is why he can appoint you today and signed the letter and tomorrow another person’s name is appointed, and he may not be able to know that another person has been appointed.

“So, a good man now is surrounded by political bandits who have Kidnap him and kept him in the Villa and their collecting ransom With his name in the Central Bank and all the Government offices.

“We don’t need to have another bandit or to have another victim of banditry Kidnap by the political bandits against us. We need to get somebody who has the energy say oh Mr John is appointed the Director General of the State security services and he is been to go there and see Mr John in the office. Not Mr. John appointed and then you have another Ahmadu sitting down on the seat. This is what we should watch out.

“I am campaigning and selling my ideas  to my people because that is the only responsibility I have now to convince them that I can be trusted. So I don’t want pre empt them, I don’t want speak about how they think but every where I go they come up listen to me.Whether they are coming out to receive me the acceptability will be tested on the 25th of February,2023