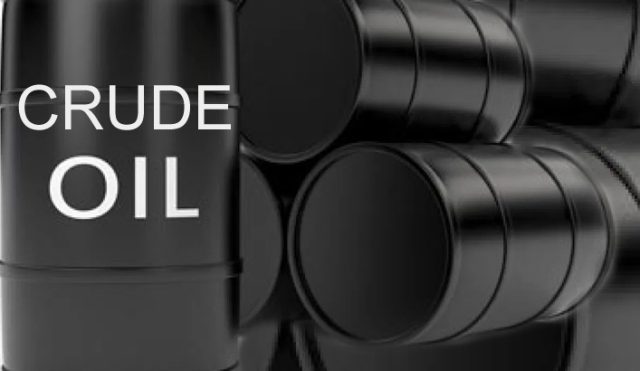 Nigeria’s ability to produce crude oil has crashed by 83 per cent, findings have shown.

Data sourced from the Organisation of the Petroleum Exporting Countries report macroeconomic somics of its members showed that the country’s export capacity declined by almost 100 per cent between 2021 and 2021.

A breakdown of the data showed that as of 2012, the country’s monthly production capacity was around 95, 620 million barrels monthly, a little over 3 million barrels per day.

It would be recalled that between 2014 and 2016, there was a global recession, which adversely impacted developing countries.

During this period, Nigeria’s crude oil production suffered a huge setback due to vandalism as a result of militancy in the Niger Delta.

The country had been unable to meet its OPEC quota for some time.

Until recently when several cartels of crude oil theft were busted in the Niger Delta region, Nigeria’s oil export had suffered setbacks as product crashed rash to around 900, 000 barrels per day last September, according to OPEC.

He said, “Crude theft affects all architecture that funds the country. When the oil theft reached its peak, everything including gas production was affected.

“One, we have security agencies in which the navy, the police, and everyone within that space was involved. The second is the regulator’s angle. At this stage, all regulators were made to fully be part of the effort he thirdhird is the operators’ angle. And, of course, all operators were involved. The fourth angle is the community angle in which all impacted communities have to be brought under the umbrella of a structured arrangement in the collective effort against crude oil theft. In all, these efforts were able to do three things; Detect, deter and respond appropriately.”

Wunti further disclosed that oil production had risen to 1.59 million barrels per day during that period.

However, checks on OPEC’s monthly oil market report for January 2023 showed that Nigeria’s production for December was 1.2mb/d as provided by direct sources.

Meanwhile, experts have argued that Africa, Nigeria inclusive, needs to diversify its economy away from oil and gas.

Professor of Economics and Public Policy at the University of Uyo, Akwa Ibom State, Akpan Ekpo told The PUing in a recent interview that despite crude oil retaining 80 per cent of the total trade, Nigeria needs to diversify as oil revenue is no longer reliable.

“Oil prices are volatile, and we need to think of other ways to boost revenue,” he said.

On his part, a partner at Bloomfield Law Practice, Ayodele Oni, advised the Federal Government to provide solutions to the oil theft challenbedevillingling the country.

“Plans need to be put in place to ensure that crude is not stolen. Our leaders need to be proactive and think outside the box. As we speak, many companies are already working on alternative structures for moving their crudethe export terminals. If we can sell more crude at this time when crude prices have increased in the international market, then it is good for our revenue, our balance of trade and balance of payment,” he said.