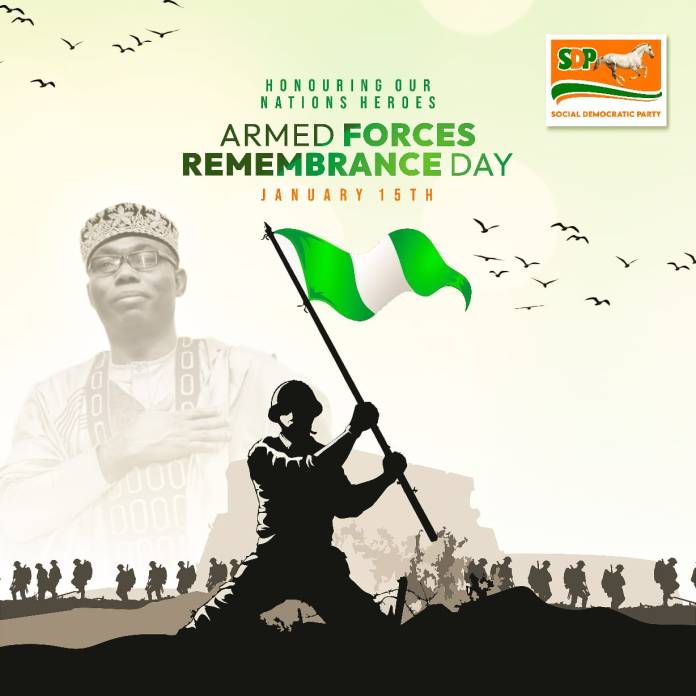 Armed forces remembrance In commemoration of the 2023 Nigerian Armed Forces Remembrance Day, the president candidate of Social Democratic Party (SDP), Prince Adewole Adebayo has said that he promised to give the Armed Forces all the necessary supports to ensure the territorial integrity and security of the nation.

In a tweet to mark the day, the leading presidential candidate said, “I vow to dutiful and patriotic Nigerian Armed Forces, their families and Nigerians to be a gallant, committed and caring Commander in Chief to ensure that in doctrine, command and morale, we are always ready to protect territorial integrity and security. Victory comes from God!”

Armed Forces Remembrance Day is a yearly commemoration of the Nigerian armed forces’ participation in World Wars I and II, the Nigerian Civil War, and those who have served or are currently serving.

It is held annually on January 15, the day the Biafra troops surrendered to the Nigerian Army, ending the Nigerian Civil War, in recognition of some significant historical developments.

The primary purposes of the event are to honor and remember the Nigerian Armed Forces and the fallen heroes who gave their lives to preserve national unity. 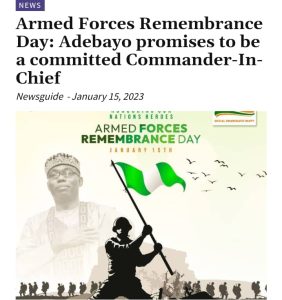