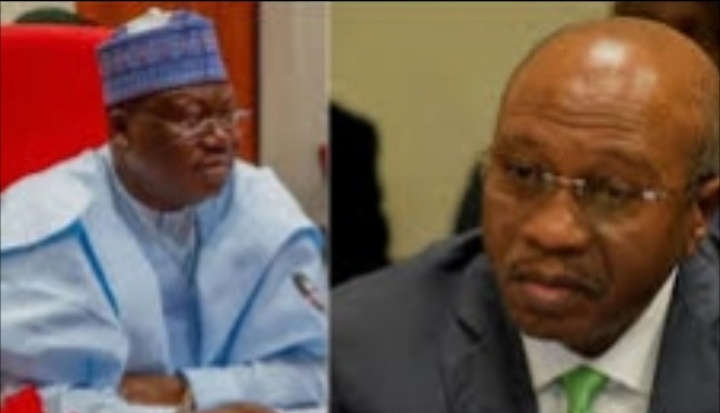 The Congress of Civil Society Organizations in Nigeria, (CCSON) has Condemned Senate call and demand for the extention of the deposit of the old naira Notes to 30th June, 2023,

In a press statement signed by the National Chairman and Secretary of the Congress of Civil Society Organizations in Nigeria, Comr. Festus Okoineme Ebhohimhen and Shehu Ibrahim respectively released on 1st January, 2023 in a new year message.

Sequel to the call and demand of the Senate to Central Bank of Nigeria, CBN to shift the deadline for the deposit of the old naira Notes to the banks till 30th June, 2023. According to the statement of the congress of civil society organizations in Nigeria the aims and objectivesof the CBN to introduce this policy is curb cash stacks, hoarding and vote buying in the forthcoming of the general elections and general fight against corruption.

If the senate keep having unnecessary interference on the constitutional mandate of the CBN to Cary its functions and roles. This public and people oriented policy of fighting against corruption and cash hoarding will be defeated. “CBN, by law, has a mandate to reissue and redesign currency for the country and for Nigerians every five to eight years.

The Congress of Civil Society Organizations in Nigeria commended the CBN Governor, Godwin Emefiele and his team, for working tirelessly to make the currency redesign a reality and for printing the new naira notes within a comparatively short time.” 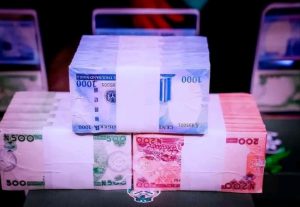 CCSON said acknowledging that international best practice requires central banks and national authorities to issue new or redesigned currency notes every five to eight years, the President noted that it was almost 20 years since the last major redesign of the country’s local currency was done.

According to the CSOs, these are the reasons CBN redesigned naira notes as released by the Apex Bank

The Central Bank of Nigeria, Governor, Godwin Emefiele said that existing notes would seize to be regarded as legal tender by January 31, 2023.

Here are, however, four reasons the CBN decided to redesign the naira notes:

1. The Naira note was redesigned to address the issue of individuals who have made currency fraud their main source of income. People who have hidden money they have stolen, for instance, would either find a way to change it by taking the money out or would not need it given the change in the value of the Naira.

3. The change in the notes is also said to aid in lowering the rate of inflation.

4. The change in the Naira notes is also intended to control the amount of money in circulation.

Why is this redesign happening?

According to the CBN, there is a lot of hoarding of naira notes by members of the public. This means that people are holding on to money without spending it!

“As at the end of September 2022, available data at the CBN indicate that N2.73 trillion out of the N3.23 trillion currency in circulation, was outside the vaults of commercial banks across the country; and supposedly held by the public.”

But there is more! the CBN has other concerns that have necessitated the redesign of these naira notes.

The Bank stated that there is a shortage of clean and fit naira notes in circulation. This shortage has also come with a security risk because it has led to a rise in counterfeiting especially the N500 and N1,000 notes.

Finally, the naira notes have not been redesigned for over 20 years. This goes against global best practices that require currency to be redesigned every 5 to 8 years.

Because of this policy, bank charges for cash deposits have been suspended with immediate effect. This means you can deposit as much as you want without any bank charges.

When is the deadline to return naira notes?

What does it mean for my business?
Keep an eye out for fraudsters who may want to make bulk purchases using fake currency. Carefully inspect naira notes to ensure that they are genuine.

If you run a business in a rural area that is a distance from a bank, it is wise to make your cash deposit early so you can avoid the stress and crowd that will accompany the deadline.

Communicate this information to your customers so they are aware and take action.

Prioritise using digital channels like USSD, mobile apps and internet banking for your payments instead of keeping a lot of cash in your possession.

Get a POS to accept card payments for your business and enable faster customer service.

From the reasons stated above, Congress of Civil Society Organizations in Nigeria urged the Nigerian senate to allow the Central Bank of Nigeria to operate and carry out its constitutional Mandate without fear or favor to function effectively and efficiently.

The deadline already put in place by CBN is a enough for anyone who wants to deposit the old naira notes in the bank, from the beginning of the announcement of the policy on 26th October to the 31st of January, 2023 is more than ninety days or three months. There is no need for anybody to think that this programme is targeted at anyone. Rather is  a better strategy to strengthen the stability of the naira, fight corruption and cash hoarding. The statement reads.