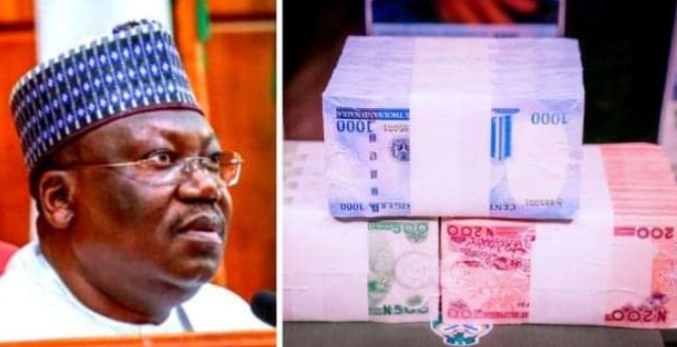 The recommendation follows a motion by the senator representing representing Borno South, Ali Ndume raising the alarm over the January 31st deadline.

According to him, the notice given by the CBN is too short, considering the “few” banks in Borno and Yobe states and the “inability” of people in these states to lodge the old notes in time to meet the deadline.

The CBN Governor, Godwin Emefiele on October 26, 2022 announced the redesign of the three bank notes, saying the new and existing currencies will remain legal tender and circulate together until January 31, 2023.

The apex bank believes the redesigned notes will limit cash in circulation and therefore restrict the deplorable activities of ransom-demanding kidnappers as well as politicians set on rigging the upcoming elections.

President Muhammadu Buhari, in November, unveiled the redesigned naira notes as proposed by the CBN, marking the first time in 19 years since Nigeria’s last currency redesign.

The CBN Governor, Godwin Emefiele maintained that there would be heavy restriction on the volume of cash that people can withdraw over the counter, as it works with the Economic and Financial Crimes Commission (EFCC) to monitor the purpose of any heavy transactions.

The redesigned currency note he asserts can never be counterfeited, adding that to forestall such occurrence, the CBN will redesign the notes after every five to eight years.

Last week, the World Bank expressed concern over the economic impact of the recent naira redesign on Nigerian households and businesses.

“At present, households and firms already face elevated financial pressures from prolonged, high inflation, recently compounded by external food and fuel price shocks, and the severe floods, and phasing out existing naira notes over a short time period may add to their challenges,” it stated.

The global financial institution stated that the timing and short transition period of the Nigerian naira redesign may weigh on economic activity.