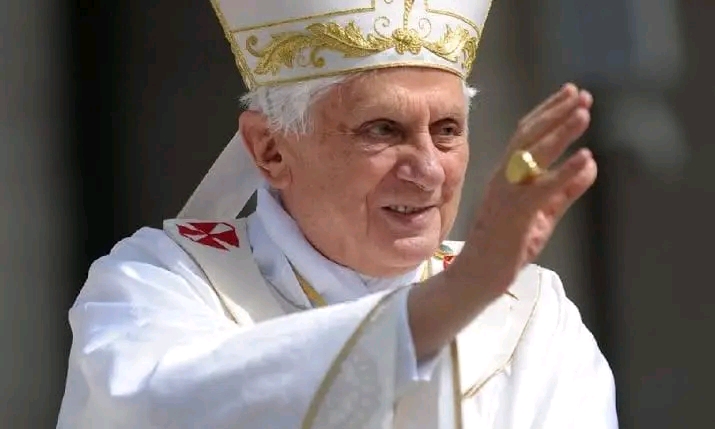 Former pope Benedict XVI has died at the age of 95, the Vatican announced on Saturday.

Benedict was pope from April 2005 until his surprise resignation in February 2013.

Vatican says former pope died in his residence at the Mater Ecclesiae monastery.

Pope Emeritus Benedict XVI has died at the age of 95, the Vatican announced.

His death on Saturday came days after Pope Francis had asked for prayers for his predecessor, saying he was “very sick”.

The Holy See Press Office said Benedict, the first German pope in 1,000 years, died in his residence at the Mater Ecclesiae monastery, which he had chosen as his residence after resigning in 2013.

The Vatican has been vague about what ailed Benedict, saying only that his worsening health was due to his advanced age.

For nearly 25 years, as Cardinal Joseph Ratzinger, Benedict was the powerful head of the Vatican’s doctrinal office, then known as the Congregation for the Doctrine of the Faith (CDF).

Conservatives in the Church have looked to the former pope as their standard bearer and some ultra-traditionalists even refused to acknowledge Francis as a legitimate pontiff.

They have criticised Francis for his more welcoming approach to members of the LGBTQ+ community and to Catholics who divorced and remarried outside the Church, saying both were undermining traditional values.

Like his predecessor John Paul, Benedict made reaching out to Jews a hallmark of his papacy. His first official act as pope was a letter to Rome’s Jewish community and he became the second pope in history, after John Paul, to enter a synagogue.

In his 2011 book, “Jesus of Nazareth,” Benedict made a sweeping exoneration of the Jewish people for the death of Christ, explaining biblically and theologically why there was no basis in Scripture for the argument that the Jewish people as a whole were responsible for Jesus’ death. 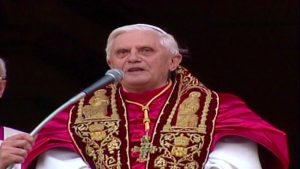 However, as pope he also came under fire for a string of public relation controversies, and a perceived lack of charisma.

Most importantly, as an ever-growing number of victims spoke out of their abuse, mostly as children, at the hands of priests, he was criticised for his failure to act decisively to end Church cover-ups.

Before his election as pope, Benedict led the Vatican’s doctrinal congregation, once known as the Holy Office of the Inquisition, giving him ultimate responsibility to investigate abuse cases.

He became the first pontiff to apologise for the scandals that emerged around the world, expressing “deep remorse” and meeting with victims in person.

In 2010, he admitted that the Church “did not act quickly or firmly enough to take the necessary action” on an issue that severely tarnished its image.

On Wednesday, Pope Francis said Benedict was “very sick” and asked Catholic Church members to pray for him.

Benedict, who was the first pontiff in almost 600 years to resign his position, rather than hold office for life, passed away on Saturday, according to a statement from the Vatican.

“With sorrow I inform you that the Pope Emeritus, Benedict XVI, passed away today at 9:34 in the Mater Ecclesiae Monastery in the Vatican,” the Director of the Press Office of the Holy See, Matteo Bruni said.

“Further information will be provided as soon as possible.”

News of his death came days after Pope Francis asked the faithful to pray for Benedict, saying he was “very sick.”

“I want to ask you all for a special prayer for Pope Emeritus Benedict who sustains the Church in his silence. He is very sick. We ask the Lord to console and sustain him in this witness of love for the Church to the very end,” Francis said at his general audience on Wednesday.

His health had been in decline for some time.

Benedict stunned the Catholic faithful and religious experts around the world on February 11, 2013, when he announced plans to step down from his position as Pope, citing his “advanced age.”

In his farewell address, the outgoing pope promised to stay “hidden” from the world, but he continued to speak out on religious matters in the years following his retirement, contributing to tensions within the Catholic Church.

A powerful and polarizing voice
Benedict was a powerful force in the Catholic Church for decades.

Born Joseph Ratzinger in Germany in 1927, he was the son of a policeman. He was ordained as a priest in 1951, made a cardinal in 1977, and later served as chief theological adviser to Pope John Paul II.

One of his most significant steps up came in 1981 when he took over as head of the Congregation for the Doctrine of Faith, the Vatican office that oversees “the doctrine on the faith and morals throughout the Catholic world,” according to the Vatican.

Ratzinger became known as “Cardinal No” stemming from his efforts to crack down on the liberation theology movement, religious pluralism, challenges to traditional teachings on issues such as homosexuality, and calls to ordain women as priests.