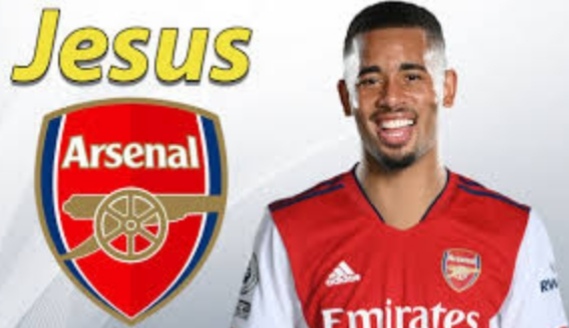 World Cup injury has meant an early return to the Emirates Stadium for Gabriel Jesus.

He underwent an operation on his knee on Tuesday in London, but is expected to be out of the team for up to three months which has badly hit Mikel Arteta’s plans to keep the Gunners at the top of the Premier League.

As a result, Arsenal are looking to sign another striker as quickly as possible because they have only Eddie Nketiah as back-up to Jesus.

PSV Eindhoven’s Cody Gakpo has impressed in the World tournament but it does mean that the Dutch club have raised his value to £64.5million.

Arsenal have followed his progress and Arteta believes he could be the answer to replace Jesus.

Gakpo can play as a central striker or out on the wings. Manchester United are also in the picture as they have to replace Cristiano Ronaldo but they are anxious to avoid a bidding war which would see Gakpo’s price rise even higher.

The World Cup often makes or breaks a player’s career. A few months ago Manchester United boss Erik Ten Hag was actively pursuing Gakpo however his underwhelming form at the time did not impress the United coach.

United held talks with Gakpo’s representatives a and both sides agreed a valuation of between £25m to £30m.

However, United finally bought Antony who has been very successful but the club still needs another striker with Ronaldo and Cavani gone.

I understand from Old Trafford that Portuguese forward Rafael Leao, who can play anywhere across the forward line, is also of interest.

Leao’s contract at his present club AC Milan will expire in the summer of 2024 but his agents have failed to reach agreement over a new deal which means he could become available in January because the Italian club do not want him to run down his contract and then lose him for nothing.

Ten Hag is also interested in taking Brighton’s Moises Caicedo to Manchester and despite his national team Ecuador only reaching the group stages of the World Cup he impressed with his midfield play.

Caicedo is paid only £10k a week at Brighton and Ten Hag believes he can persuade the player to switch clubs for a bigger pay day. Next summer is a likely transfer date if Caicedo moves.

I am reliably informed that Cristiano Ronaldo has still not made a definite decision whether to accept the huge pay offer of £173 million a year from Saudi Arabia’s Al-Nassr FC but he is looking more likely to reject the offer.

He is waiting until after the World Cup finishes before publicly committing his future.

Ronaldo left Manchester United very quickly and both he and the club tore up his contract however, despite reports on the internet saying he had nothing planned because he did not expect to be sacked, his agent has been talking to a variety of clubs for the last few months.

He always planned to leave in January. No club in Europe can match £173 million per year. With a personal fortune approaching £150 million Ronaldo is more interested in playing Champions League football for his next club but AlNassr cannot offer him that.

One positive move made by United in letting Ronaldo leave was to prevent him joining Chelsea where owner Todd Boehly harbours ambitions to sign him despite his coach Graham Potter pointing out that he does not fit in with his squad plans.

Boehly of course recognises Ronaldo’s huge revenue potential in shirts etc worldwide. Sporting Lisbon, where Ronaldo first made his name, would like to take him “home” to Portugal but they cannot offer the money or Champions League football.

The problem for Ronaldo is that Al-Nassr and Saudi Arabia would want him to be the new face of the country in sport.

They would promote him worldwide as their “ambassador.” Many argue that such a scenario would ruin his legacy, his reputation and finish his career immersed in controversy because of the country’s human rights record.

Harry Maguire’s form for England at the World Cup shows he is back on track and is again displaying the confidence which made him one of the best defenders in football.

The turnaround however might not be enough to win back his place at Manchester United. I know that Manchester United coach Erik Ten Hag is watching Harry closely and has been texting support to him during the World Cup but it has not stopped United from looking at Napoli’s Kim Min-jae.

Because of Maguire’s loss of form and a need to strengthen his defence, Ten Hag has already brought in Lisandro Martinez from Ajax and he has formed a sold partnership with Raphael Verane.

Kim has impressed playing for South Korea at the World Cup and he has been an important part of Napoli’s rise to the top of the table in Italy’s Serie A.

He has a £38 million release clause in a contract signed only in the summer when he arrived from Fenerbahce to replace Kalidou Koulibaly when he joined Chelsea. Maguire said that whatever happens he wants to stay with United and fight for his place.

Instead Jadon went to the Netherlands for a special training programme under the supervision of coaches recommended by Erik Ten Hag.

He also deactivated his social media so he could spend more quality time with his family and he is anxious to make sure distractions don’t affect his football.

Erik Ten Hag insists there is much more to come from Sancho but so far he has not delivered the standard of a £73 million transfer price tag and fallen below his form when playing at Borussia Dortmund.

I have heard whispers from Stamford Bridge that Chelsea are interested in signing Jadon which would enable Christian Pulisic to move to Juventus.

Tite bites back at critics over Jesus injury

Brazil coach Tite has hit back at reports that Gabriel Jesus was nursing a knee problem before the World Cup even began. Tite was furious and said, “These are evil lies, from those who want to do bad things to others!”

West Ham have done well to retain the services of Declan Rice who is regarded as one of the best midfielders in world football. Coach David Moyes now has a tough task keeping him at the Hammers because his top priority is Champions League football.

Chelsea, Manchester City and Manchester United are all interested and Newcastle could join the list if they qualify for Europe next season. West Ham have said he can leave but it is something they will fight to prevent and have named a £100 million valuation.

Rice’s contract runs until 2024 with an option of another year. The England international has rejected the club’s latest pay offer which I understand is worth £200k a week.

The 24 year-old said, “One hundred per cent I want to play in the Champions League. For the past two or three years I have been saying that. I’ve been playing consistently well for my club and I feel like I want to keep pushing.

I see my friends in the Premier League playing in Europe and that is something I desperately want. You only get one career and at the end you want to look back at what you’ve won and the biggest games you have played in.”

Words that could also apply to Harry Kane when it comes to winning domestic and European medals because his medal cabinet is still empty.