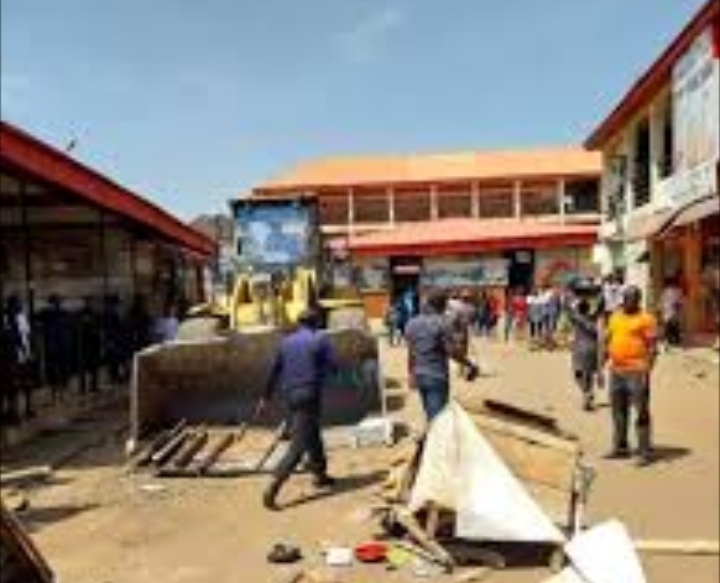 Federal Capital Territory Administration (FCTA) has shut down indefinitely the popular Olajumoke Akinjide Modern Market at Dutse-Alhaji, over what it described as extreme illegalities in the market.

The FCTA also threatened to shut down Area 1 Shopping Complex Market over offensive activities being carried out by the traders.

The senior special assistant to the FCT Minister on Monitoring, Inspection, and Enforcement, Ikharo Attah, who led the team, while speaking to journalists, lamented the rate of extreme contraventions in the market, which included offensive refuse which was not properly collected, attachment at several corners, the drains that were not distilled.

“We had to shut it down as instructed by the FCT Minister, Malam Muhammad Bello, pending the time the environmental challenges in the market, the illegal attachment, refuse collection, building contraventions, as well as distilling the drain were addressed.

“When next we come here and we are convinced they have done the needful, we will reopen it. They assured us that they want to start the work immediately.

We will come and check it for reopening, but for now, the market is closed indefinitely,” he said. Sponsored Also, the coordinator of Abuja Metropolitan Management Council (AMMC), Umar Shuaibu, while speaking on the Area 1 Shopping Complex said the mall, which was the first mall in Abuja, needed to meet the desired standard.

Shuaibu explained that the market had places earmarked for different purposes but he lamented that the traders had thwarted the whole plan. “The administration would take stringent measures as soon as the committee set up to review the situation submit its report.

“The committee comprises FCT strategic agencies, departments, and secretariat. So, as soon as the committee finishes its work, we will commence enforcement.

Some structures will be removed with others relocated,” he said. He regretted that the informal sector in the area had been littering the entire place without taking into account the significance of best hygiene practices.