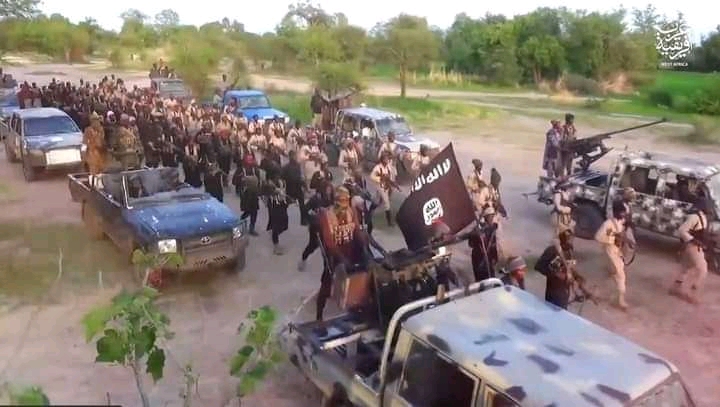 ISIS mercenaries arrive in Nigeria, plan attacks on three borno communities according to  the report.

According to Eons Intelligence, over 200 terrorists have already arrived in Nigeria from Libya and Syria and are currently in the Sabon Tumbu axis of the state.

Militants under the Islamic State of Iraq and Syria are planning to attack three communities in Borno State, a report has said.

The sources confirmed their arrival at Sabon Tumbu, saying the mercenaries were seen observing Jumaat prayers on Friday at Sabon Tumbu.

Their arrival coincided with the installation of Sani Shuwaram as the new ISWAP leader (Wali). He succeeds Malam Bako.

Bako was killed while leading the sect in acting capacity after the death of Abu Musab Al-Barnawi.

Al-Barnawi, son of the late Boko Haram founder Mohammed Yusuf, was eliminated during a battle with security forces.

The planned offensives are said to be part of a grand plan by ISIS to take over some identified strong holds in the region.

Islamic State is ISWAP’s local affiliate, to further its expansionist agenda in the region.