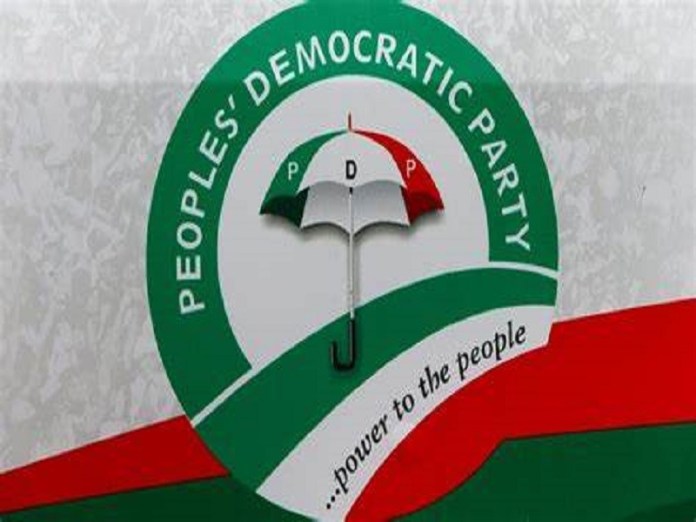 There is disquiet in the Lagos State chapter of the Peoples Democratic Party (PDP) over the disqualification of 21 out of the 40 House of Assembly candidates of the Party for the 2023 elections.

Former Deputy National Chairman of the party, Chief Olabode George, raised an alarm that 21 of the 40 House of Assembly candidates have been disqualified.

He said the reason is because the Independent National Electoral Commission (INEC) said primary elections did not hold in the affected local governments.

Quoting INEC, George said the electoral committee members failed to show up in some of the LGAs.

Also, it was stated that the PDP primaries were not monitored in Alimosho LGA because it was not conducted at the designated venue forwarded to the LGA.

In the statement, George said, “It has just been brought to my attention that the Independent National Electoral Commission (INEC) has disqualified 21 of the 40 House of Assembly candidates of the Peoples Democratic Party (PDP) in Lagos State because its officials did not monitor the exercise that elected them to fly our party’s flag in the March 11, 2023 State Assembly elections.

“These are candidates who are not only experienced in grassroots mobilisation but dedicated members of our party in the Centre of Excellence. They have been campaigning to ensure that the wasteful and corrupt APC government is voted out in next year’s election so that our people can have a new lease of life.”

“When I heard the news, I was livid and the questions being asked by party members are: Where is the National Chairman of PDP, Senator Iyorchia Ayu? As the originator of the crisis in the Lagos State chapter of PDP, what is he doing to clear this political mess? How is this anomaly going to be rectified,” he queried.

He also challenged the party’s governorship candidate, Mr. Abdul-Azeez Adediran popularly known as Jandor, asking if he was working for the ruling party with the National Chairman.

The PDP leader added, “Is Ayu, in conjunction with his cohorts, now working for Tinubu to ensure his victory in Lagos?

“What are these gormless people who are struggling to lead the party in Lagos, doing to ensure that the 21 candidates are on the ballot? Are they not culpable in this open robbery of these hardworking candidates who have just been told they can’t contest next year? Why were INEC officials not invited to monitor the exercise, or in some cases, who changed the venues without informing INEC? Have these gluttons prepared their minds from the beginning to ensure that our candidates are disqualified so that votes can go to APC?”

He described the situation as a “colossal embarrassment”, saying instead of the leaders to fix the mess, “all of them are rushing to Abuja like hungry and shameless jesters to become DG of Atiku Campaign Team in Lagos.”

“The disqualification of 21 out of 40 House of Assembly candidates, through the fault of Ayu and other so-called leaders, is the beginning of failure for the party in Lagos State,” he said.

The state PDP Chairman, Mr. Philip Aivoji and the Publicity Secretary, Hakeem Amode, could not be reached for comments as their mobile lines were not connecting.

When  contacted, the National Publicity Secretary of the Party, Chief Debo Ologunagba, said he was not aware of the development and directed our correspondent to INEC.

INEC spokesman, Mr. Festus Okoye, had not responded to our correspondent’s enquiry as of the time of filing this report.