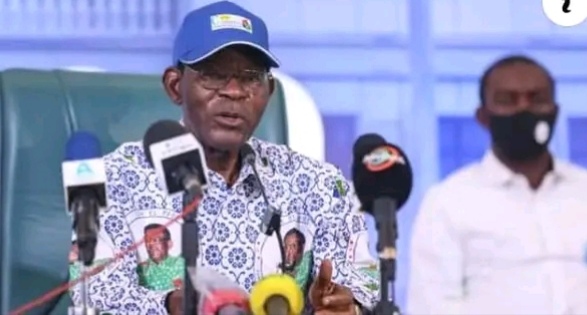 Equatorial Guinea’s President Teodoro Obiang Nguema Mbasogo, who has ruled his country with an iron fist for 43 years, launched his bid for a sixth term over the weekend in a first campaign event.

Obiang, 80, came to power in a 1979 coup and is the longest-ruling head of state in the world excluding monarchs.

He has never officially been re-elected with less than 93 percent of the vote.

His dominant Democratic Party of Equatorial Guinea (PDGE) began its campaign for presidential, legislative, senate and local elections to be held on November 20 in the northern town of Ebebiyin near the border with Cameroon.

Obiang told hundreds of supporters that his party had chosen him to run “because I am the symbol of peace that reigns in Equatorial Guinea”.

His electoral manifesto is based on continuity and developing the Central African nation, which has vast oil and gas resources but the majority of the population live below the poverty line.

“An old friend is better than a new one,” added the president’s deputy and son, Teodoro Nguema Obiang Mangue.

The PDGE holds 99 of the 100 seats in the outgoing lower house of parliament and all of the senate seats.

It was the country’s single legal political movement until 1991, when multi-party politics were introduced.

Running against Obiang are Andres Esono Ondo of the Convergence for Social Democracy party and Buenaventura Monsuy Asumu, who represents the Party of the Democratic Social Coalition.

More than 425,000 voters are registered for the polls out of a population of around 1.4 million.

Equatorial Guinea is one of the planet’s most authoritarian states and closed its land borders with Cameroon and Gabon earlier this week, saying it wanted to prevent “infiltration” groups from “destabilising” the elections.