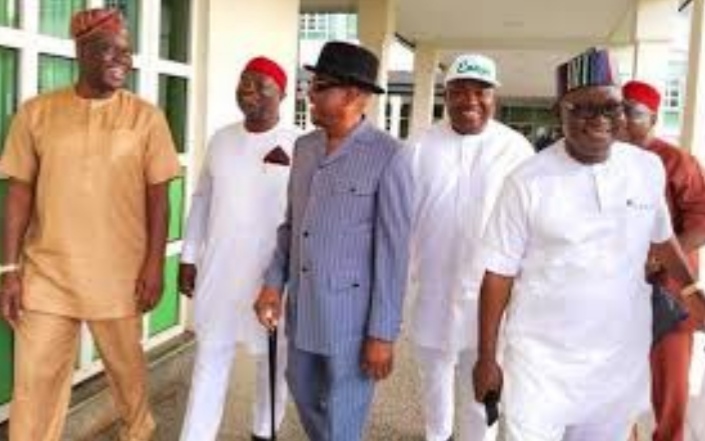 FCT, Abuja – Four out of five aggrieved governors of the Peoples Democratic Party (PDP), may have finally taken a position on the presidential candidate to support ahead of the 2023 general elections.

According to the reports gathered by our correspondent, the other aggrieved governor of Benue state, Samuel Ortom, may not align with the position expected to be taken by his four colleagues in the weeks to come.

The aggrieved governors who had earlier pulled out of the PDP presidential campaign, said during the week there is no going back on their demand.

Read Also : INEC Releases Practical Steps On How To Vote During 2023 General Elections

Similarly, Atiku Abubakar, PDP presidential candidate, was quoted to have said in a recent interview that the party had moved on.

The report stated that barring any last-minute change, the four aforementioned governors may throw their weight behind the candidacy of the presidential candidate of the ruling All Progressives Congress (APC), Bola Ahmed Tinubu.

A source familiar with the development said the governors, having failed to resolve their differences with Atiku are weighing their options between Tinubu and Peter Obi of the Labour Party (LP).

The source said Ortom appears to be the lone governor among the five, who may pitch his tent with Obi, while the other four will likely root for Tinubu if certain conditions already tabled before the APC candidate are met. 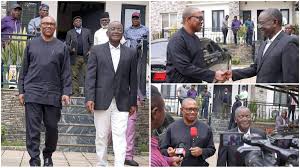 The source who revealed further details, said Wike, Ugwuanyi and Ikpeazu, are also demanding that certain positions in Tinubu’s cabinet be ceded to their cronies if he wins.

He said though they will not resign from the PDP because of their candidates and interests, they’ll, however work for the APC from within.

“Wike has already kick-started the move, with the appointment of thousands of aide, expected to man the various polling units during the elections in Rivers state.

“Wike and Atiku can’t reconcile. Wike needs to support a candidate and that person is likely to be Tinubu. They’ve been meeting. Wike seems to be more confident with Tinubu, so, he’s pitching his tent with the APC candidate.

“But he has given certain conditions which are not very strident for Tinubu to meet. We expect to see some sudden alliance soon, unless something happens otherwise. Ugwuanyi, Makinde and Ikpeazu are with him.

On Ortom’s stance, the source said:

“Ortom is taking a different position for now. We don’t know if that will change. But these are the current realities. Tinubu is making serious progress, while Atiku appears to be stuck and he believes only votes from the north will save him.”