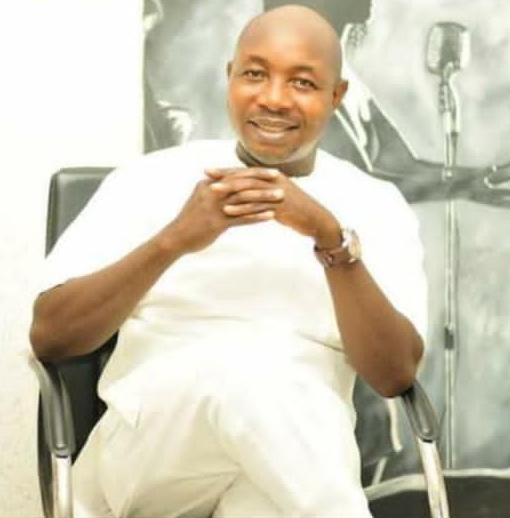 Today, the political track in Nigeria is being filled and charged with aspirants of all shades, sizes and colours wishing or seeking to represent the people by using the fast approaching 2023 general elections as a scaldfold to showcase themselves, with a view to winning the hearts of unsuspicious members of the public.

Sadly, and most unfortunately, if one look very closely at the number of those throwing their hats into the ring of politics, a chunk of them, given their dubious personal, private and social antecedents have just no business at all offering themselves to work for or serve the people.

This is true in the sense that after the ill fated First Repubic in Nigeria, where some politicians demonstrated some form of patriotic restraints, decorum and reservation in their activities, the Second Republic witnessed a drastic, ruthless and vicious circle of rot and absolute decadence, that shocked the patriotic and decent people of the world and Nigerians.

The terrible point here, being raised is that politics in Nigeria since the tragic fall of the first ever unelected military President in Nigeria’s chaotic history, General Ibrahim Babangida, in August 1993, has been substituted with the highest level of institutional corruption, incredible greed and avarice, unbridled treachery and insatiable wickedness, championed recklessly by many political office holders.

Even when the military top brass in Nigeria concocted a grandiose facade nick named democratic rule in 1999, which has exhibited the greatest betrayal of a people in human history till date, via unprecedented institutionalized corruption, that has painfully further pinned the masses to the pheripheri of the dust bin.

The ordinary people of Nigeria have unquestionably become cheap pawns consistently over used, abused, traded and abandoned over the years by a collection of mindless politicians, many of whom are today still conspicuosly available in existing political parties like the APC, PDP, SDP, LP, APGA, AP, NNPP etc.

Therefore, looking at the political arena today where cerebral, focused, missionary and visionary Nigerian youths are being violently scared away, threatened physically, harassed materially and blocked diabolically by old, senile, recycled scattered brains and stinkingly rich political cargoes, it is exciting to see Erasmus Ikhide, a seasoned writer, celebrated columnist and Publisher of Free Press Online newspaper, sticking out his head and flexing his muzzles, to struggle for the House of Representatives seat of his people in Afemai nation, in the Owan axis of Edo State of Nigeria.

It is seething, demoralizing and saddening to note that in most cases in this clime, only in-laws, girl friends, brothers, cousins, children or offsprings etc, of those that had or have engaged in political banditry and mental violence against the people, are the ones being assisted, cash rolled and forced down the throats of the rank and file members of political parties.

However, more exciting now is the glaring fact of a political phenomenon in Peter Obi, the flag bearer of the Labour Party (LP),  who has succeeded in vigorously waking up the consciousness of the Nigerian youths, to the perfect realization that our country can be taken back from political misfits and buccaneers, using the current unorthodox political dimensions.

And having seen the way Peter Obi’s candidacy has electrified the political tarmac in Nigeria, so much so that, the youths have redoubled their interests, in getting registered to vote the candidates of their choice, towards the general elections, come 2023, it is good omen that one of our own: Erasmus Ikhide has thrown his hats into the ring, under the Labour Party in Edo State.

Who says the Nigerian youths cannot make the paradigmatic change in political leadership if given the chance or enthusiastically encouraged to fight for a place in the political space craft of Nigeria?

It is perfectly in this light that Erasmus Ikhide, an experienced Media Practitioner, who has succeeded greatly by virtue of his social/professional networking over the years, to transform himself into a political masquerade, is being unmasked for the benefits of not only the electorates in the Afemai nation, but to galvanize the curiosity and optimism of millions of young men and women across Nigeria, who are still sitting on the fence of partisan politics.

Nowhere has Ikhide so far articulated his profound genuine agenda for his people than in his Kukuruku Declaration, i.e ”My Pact With Afemai People”, dated since July 3rd, 2018.

Conclusively here, it is pertinent to state that this political masquerade being unveiled: Erasmus Ikhide, is a shrewd  controller of complex and compelling currents, an astute manager of men; an unflinching opponent of criminality, an exponent of good governance, and a security expert.

For me Comrade Erasmus Ikhide remains steadfast to his principles, unwavering in his resoluteness, a leviathan of grass  roots politics and a man of extraordinary political attributes.