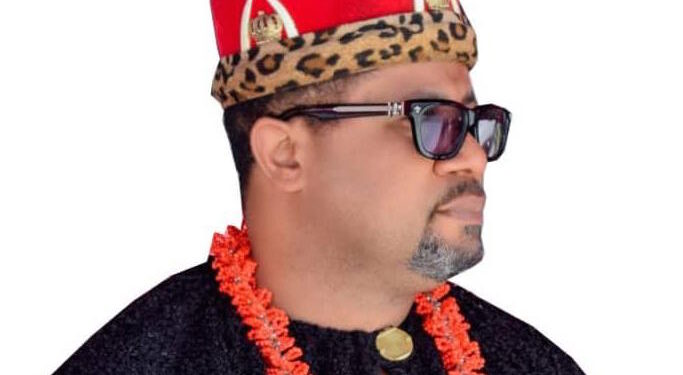 Miffed by news about the killing of a female student in Northern Nigeria College, Sokoto by Muslim mobs over blasphemy allegedly committed by Miss Deborah Samuel Yakubu on her whassap group page, the Eze Ndigbo Ghana and Assistant Publicity Secretary Association of Ndieze Ndigbo in the Diaspora, HRM Eze Dr Chukwudi Ihenetu has joined other well meaning Nigerians to condemn the action describing it as unfortunate and the peak of religious intolerance in the country.

In a statement issued by the Royal Father from his Obiukwu Obieziokwu palace in Ghana, HRM Ihenetu called on the Federal government to act fast by bringing those who perpetuated the heinous crime to justice.

“I am shocked that human being could be pelted with stone to death and then set ablaze in broad daylight without anyone coming to the rescue of the victim.”

Sadly the culprits has even gone haywire attacking innocent person’s and vandalising churches and shops owned by christians. This is unacceptable,” he said.

While commending Sokoto State Governor, His Excellency, Governor Aminu Tambuwal for promptly closing the school and also declaring 24hours curfew in the area, the Umuduruoha Amigbo Nwagele Imo-State born Royal Father, HRM Dr Ihenetu call on security agents in the state to ensure that orderliness is restored. “They should go after the arsonist and stop them from attacking innocent person’s and looting of shops.”, he said.

While expressing concerns about Igbo who may become targets of the zealots, HRM Dr Ihenetu call on the governor to ensure that no harms comes the way of the innocent people going about their business in the state.

Reverend Matthew Kukah of the Sokoto Diocese earlier in a statement, said “This has nothing to do with religion. Christians have lived peacefully with their Muslim neighbours here in Sokoto over the years …The law must take its course.”

HRM Ihenetu call on Nigerians with regardless of ethnic groups and religious beliefs to live together in peace and harmony. He said with general election arround the corner, the country can not afford any distraction in the name of religious crises in some states of the federation.