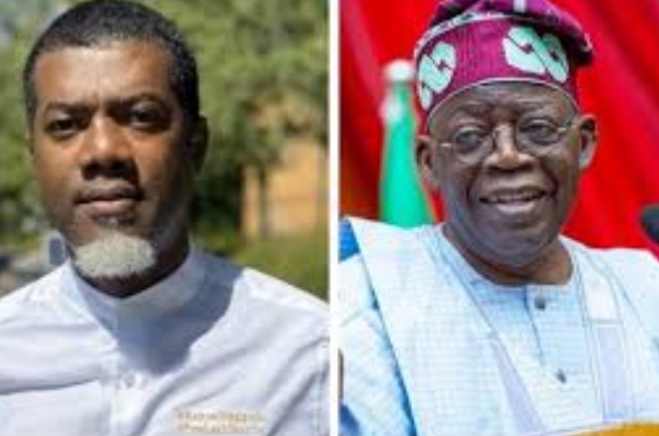 The political activist made this known in a post shared on his Instagram page with some of the issues and allegations involving Tinubu.

Reno claimed, that Tinubu is a known drug lord who is running with a suspected Boko Haram sympathiser and his parentage, age and lineage are in doubt.

He added that Tinubu was allegedly involved in the Lekki Massacre of 2020 and his region’s socio-cultural group is against him.

2. He is running in a Muslim-Muslim ticket.

3. He is running with a suspected Boko Haram sympathiser.

4. His parentage, age and lineage are in doubt.

6. He lost his own home state to the PDP.

7. He is involved in a legal dispute over Alphabeta.

8. His region’s socio-cultural group, Afenifere, are against him.

9. He is seen as an architect of the Buhari administration.