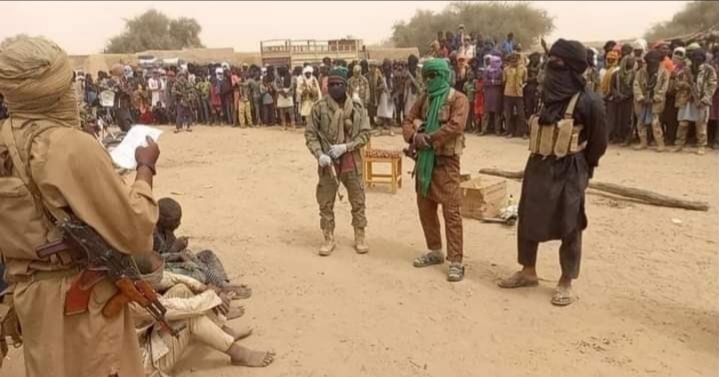 An accomplice connected with the Islamic State in West Africa Province (ISWAP) has been reportedly arrested in Kaduna.

The suspect who was identified as Nasiru Mohammed, allegedly, provides secret shelter for the terrorists escaping from the North-East.

The secret shelter, according to Zagazola Makama, a publication focused on the Lake Chad region, was used to protect the terrorists and enable them settle before they are moved to other camps in the North-West and central part of the country.

The suspect was said to be working at the GSM wing of Kaduna central market.

He was also allegedly supplying terrorists with logistics and informations

A security source was quoted to have said Mohammed was arrested with the support of some residents in the north-east.

The source also expressed concern over the activities of the locals who serve as informants to terrorists, and thwarting the efforts of troops in the fight against terrorism.

The suspect is said to have been handed over to the 1 Division of the Nigerian Army in Kaduna for further investigation.

Onyema Nwachukwu, Army’s Spokesperson, was not immediately available to comment on the development.

Meanwhile, Faruk Yahaya, Chief of Army Staff, had commended the troops in all frontline operations for working to eliminate terrorists activities.

“Remain alert at all times. We can’t afford to take the situation for granted. We are not relenting,” he had said.

Yahaya said the troops should focus on sourcing information that could help in capturing the terrorists, and that the “perpetrators are not from the moon; they are here with us”.

“Commanders on the ground need to harness more information networks, relate with credible sources of information, triangulate and take necessary action on the Intels generated,” he had said.