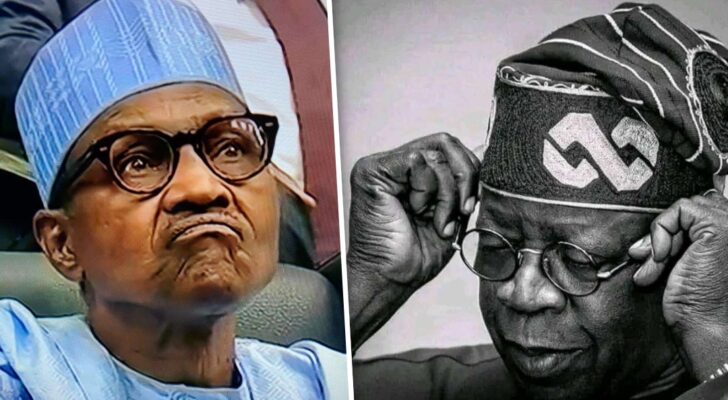 President Muhammadu Buhari has said that he did not influence the election of former Lagos State governor, Bola Tinubu, as the presidential candidate of the All Progressives Congress (APC), adding that the process was “will of the party members.”

Buhari stated this according to a release on Saturday in Daura, Katsina State, when he paid a Sallah homage to the Emir of Katsina, Abdulmumini Kabir Usman.

“When the Independent National Electoral Commission (INEC) signalled parties to elect their presidential candidates, we had 30 aspirants, mostly ministers in my cabinet and governors,” the President said.

“I told each of the aspirants to go and do their best. One particular governor, in his wisdom, came to meet me and asked who they should vote for at the party convention, checking if I had a preferred candidate.

“There was no need for interference, knowing the competence of all the aspirants. They went and elected Tinubu, and he picked his running mate, Sen. Kashim Ibrahim process in choosing our candidates for the 2023 elections. I am praying that we will have a peaceful and successful election.”

“They say he who wants to serve should be ready for the responsibility of leadership. Three times I wanted this position and three times I ended up at the Supreme Court. For that reason, in terms of experience, I have gathered a lot. I visited 774 local councils in 2003, 2007, 2011 and 2015.

“I feel privileged that Nigerians elected me in 2015. Since then, we have been doing our best to tackle the challenges, with God helping us. We are not alone. If only we know what other countries in Africa are passing through, we will be grateful to God, and protect our country. Other African countries are passing through a lot.

“As leaders, we are doing our best, and will keep doing our best to improve the situation. I am praying that the Almighty God will give us more strength and wisdom to protect our people, and fulfill our promises of ensuring wellbeing.”

The President said his administration would do its best to address the concerns on security, which the Emir of Katsina and Governor Aminu Bello Masari highlighted in their remarks.

“I have heard all that the governor and emir have to say on what people expect from government.  I will not add anything. I am the one receiving the orders. I will continue to do my best,” he added.

Before departing Katsina for Abuja, President Buhari donated four bulls, two to the army and two to the air force officers, bags of rice and some money to those fighting banditry and terrorism in the state for their Sallah celebrations, Garba Shehu, the Senior Special Assistant to the President, said in the statement on Saturday.