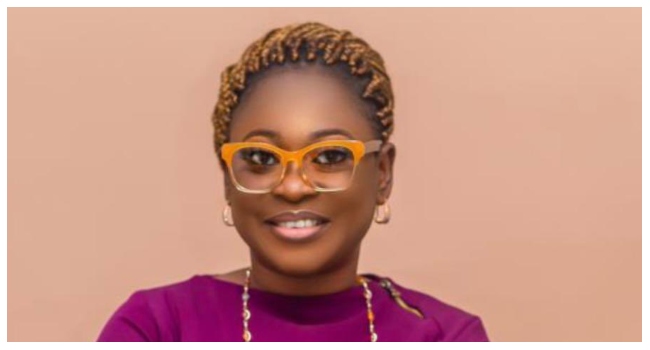 Nigerians on social media are horrified and outraged as a trigger-happy Assistant Superintendent of Police (ASP) shoot dead a Lagos-based female lawyer, Bolanle Raheem in the Ajah area of the state on Christmas Day.

The unnamed policeman attached to the Ajah Police Station and his team were said to have tried to stop Raheem and her family members as they drove back home from a Christmas Day church service.

Raheem, it was gathered, was shot when the car she was on tried to make a U-turn under the Ajah Bridge.

The victim was rushed to a hospital but was confirmed dead.

Avoidable Incident – Police
The spokesman for the Lagos State Police Command, SP Benjamin Hundeyin confirmed the incident but described it as “unfortunate and avoidable”, assuring the public that justice will prevail.

“The ASP that shot and two others with him have since been taken into custody,” Hundeyin tweeted on Monday.

He also said the policemen will be moved to the State Criminal Investigation Department in Panti for further investigation.

“The Lagos State Police Command condoles with the family, friends and colleagues of Barrister Bolanle Raheem. The Commissioner of Police, Lagos State Command, CP Abiodun Alabi, has been in touch with the family and the Nigerian Bar Association since yesterday and has given firm assurances that justice will definitely prevail.”

Meanwhile, the Nigerian Bar Association (NBA) has demanded that justice be served on the matter.

NBA National Publicity Secretary, Akorede Lawal wrote, “We are aware of this unfortunate incident. This is yet another crime against a lawyer. Regrettably, our member is gone…We shall ensure that justice is duly served.”

The killing of Raheem is one of the many incidents of police brutality and extrajudicial killings that have been recorded in Lagos and other parts of Nigeria time after time.

Raheem’s killing comes just over two years after police extrajudicial killings sparked a nationwide outrage that culminated in the #EndSARS protests of October 2020 when millions of youths demanded police reforms, compensation for families of victims and punishment for trigger-happy policemen.

Already, some of the voices of the #EndSARS protests have condemned the killing of Raheem and demanded justice.

Human rights lawyer, Inibehe Effiong tweeted, “A lawyer, Bolanle Raheem, is reported to have been shot and murdered at close range on Christmas Day by a rogue policeman attached to Ajiwe Police Division, Ajah. This is barbaric.

“It is a sad commentary that despite EndSARS, Nigerians are still being slaughtered by the police.”

“A Nigerian Police Officer from Ajiwe division shot and killed Bolanle Raheem on Xmas day. It is from this same division an Officer killed Gafaru Buraimoh about 2 weeks ago,” he wrote.

“This barbarism by the Nigerian Police must come to an end. These murderers must pay for their crimes!”

Another activist, Rinu Oduala slammed Nigeria Police Force for alleged coverup of the identity of the trigger-happy policeman.

Extrajudicial killings by policemen and other security agents have been concerning over the years. A report released in 2021 by a human rights group, the Centre for Democracy and Development said over 13,000 Nigerians were extrajudicially killed by security agents in the last one decade.

The police authorities and those of the Nigerian Army have taken disciplinary actions against culpable officers in recent times but this has not completely stopped the ugly trend.