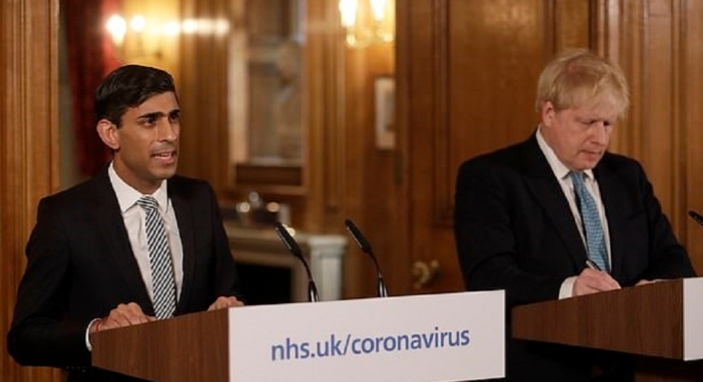 In his letter seen by our correspondent, Sunak stated he was resigning because he believes his approach on how to solve the country’s economic issues are different from what UK Prime Minister Boris Johnson, has in mind.

He wrote: “Dear Prime Minister, It is with deep sadness that I am writing to you to resign from the Government.

“It has been an enormous privilege to serve our country as Chancellor of the Exchequer and I will always be proud of how during the pandemic we protected people’s jobs and businesses through actions such as furlough.

“Our country is facing immense challenges. We both want a low-tax, high-growth economy, and world class public services, but this can only be responsibly delivered if we are prepared to work hard, make sacrifices and take difficult decisions.

“I firmly believe the public are ready to hear that truth. Our people know that if something is too good to be true then it’s not true. They need to know that whilst there is a path to a better future, it is not an easy one. In preparation for our proposed joint speech on the economy next week, it has become clear to me that our approaches are fundamentally too different. “

Sunak added that although it is sad to be leaving Government but the country “cannot continue like this.”

Sunak was appointed Chancellor of the Exchequer (Chief Finance Minister ) on 13 February 2020.

He previously served as the Chief Secretary to the Treasury from 24 July 2019 to 13 February 2020, as well as a Parliamentary Under Secretary of State at the Ministry of Housing, Communities and Local Government between 9 January 2018 and 24 July 2019.