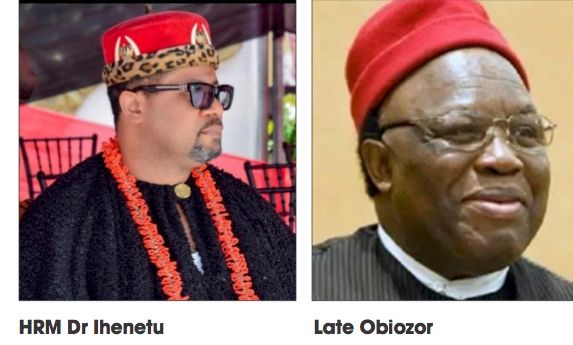 The death of the former Ambassador of Nigeria to the United States which was announced on Wednesday December 28 threw Ndigbo and other Nigerians into deep mourning and triggered series of condolences and tribute to the world acclaimed diplomat.

In a statement issued from the revered Obiukwu Obieziokwu palace in Ghana, HRM Eze Dr Ihenetu said Nigerians and Ndigbo at home and the Diaspora would miss Amb. Obiozor’s diplomatic approach in handling issues concerning well-being of Ndigbo in Nigeria.

“The death of our president General is a very big loss to Nigerians and more especially we Ndigbo who needs him in this critical time of our socio-political life, but God Almighty knows the best”, he said.